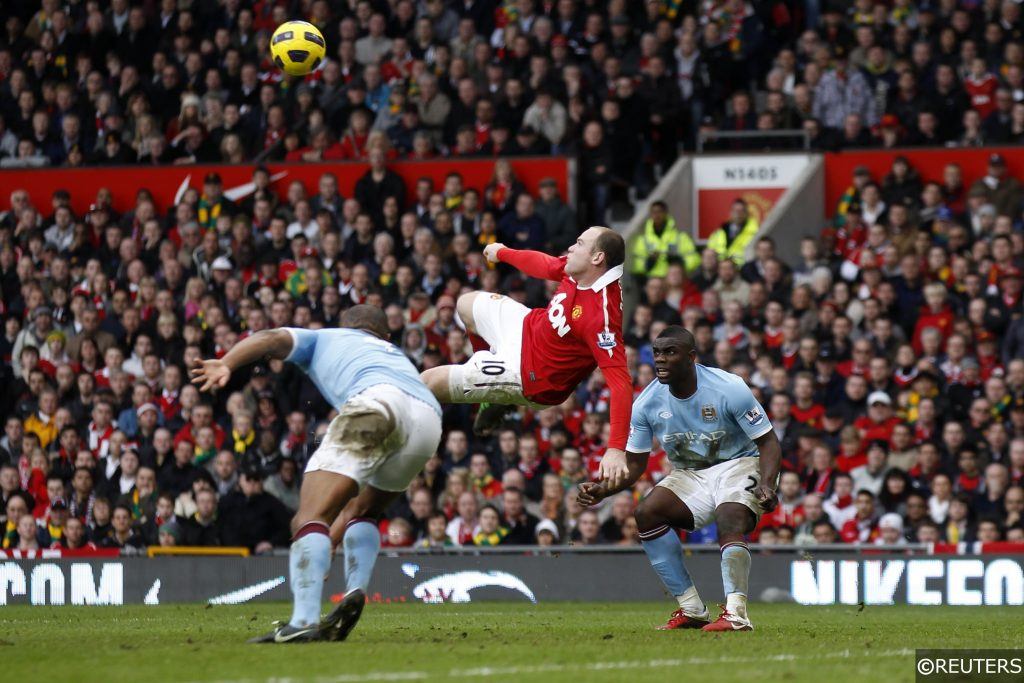 It’s hard to believe that Wayne Rooney is just 34 years of age. The former Evertonian first burst onto the scene back in 2002 and has been at the forefront of the footballing world ever since.

He’s had an undeniably impressive career, breaking longstanding goalscoring records for both Manchester United and England but, he says, he should have scored more.

Yep, despite finding the net 253 times for Manchester United and 53 times for England, Rooney has admitted that he’s not actually that good at scoring goals. Speaking to the Sunday Times, he said: “I’m going to be honest – and this might surprise you – but I’m not a natural goalscorer.”

“I was never a Gary Lineker or a Ruud van Nistelrooy,”

“I hold the goal records for Manchester United and England and am very proud about that – yet there have been better no 9s than me.”

Considering his astonishing goals record this might seem a bit too humble, but it’s actually a pretty accurate description of Rooney. He only broken the 20 goal battier in two of his 16 Premier League campaigns and has a relatively modest ratio of 0.41 goals per game throughout his club career.

So how did he do it?

“How did I become a record-breaker if I wasn’t a natural scorer? Time. I played for United for 13 years, England for 15 years. I had time to break those records – and looking back I should have scored more.”

Kane surpassing him would be a “proud moment”

With Rooney himself admitting that there are plenty of greater strikers than him out there, it seems only natural that he would tip Harry Kane as the next player to sit on the England goalscoring throne.

Kane is unquestionably a natural goalscorer. Despite only playing six full seasons in the Premier League (compared to Rooney’s 16), Kane has already broken the 20 goal barrier twice as many times as Rooney.

He boasts a ratio of 0.57 goals per club game and this rises further for England, with his 32 goals in 45 appearances equating to 0.71 goals per game. And Rooney thinks he’ll soon see another name at the top of the Three Lions’ scoring charts.

“I don’t think it will take long for Harry Kane to claim my England record and it would be a proud moment for me.”

“I’ve never been a selfish player and it would be great for England for Harry to get there. Bobby Charlton had to wait 50 years,”

With the European Championships coming up next year and the World Cup in 2022, it’s not beyond the realms of possibility that Kane could take that medal in the deserts of Qatar in 2022.