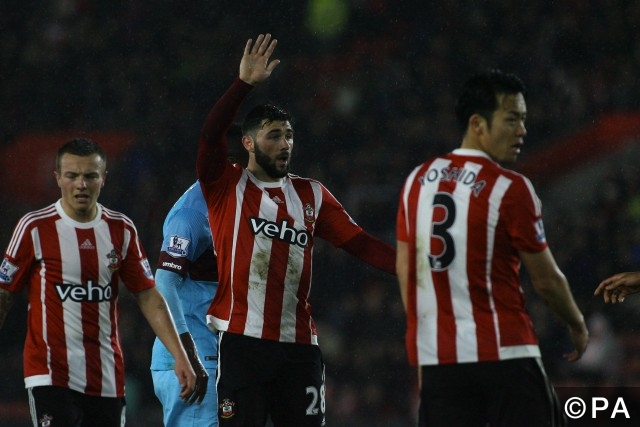 Southampton are preparing a £6 million bid for Anderlecht midfielder Steven Defour, according to the Sun. This would be the second midfield option that Puel has added to the side after the purchase of Pierre-Emile Hojbjerg from Bayern Munich earlier this summer.

New Saints boss Claude Puel has made plenty of funds for himself this summer, having sold off star players such as Graziano Pelle to Chinese side Shandong Luneng – where he becomes the 6th best paid player in the world. The Saints have also sold defensive midfielder Victor Wanyama to Tottenham, as well as forward Sadio Mane to – you guessed it – Liverpool, becoming the 4th player in 3 years to make the swap.

Steven Defour looks to be the direct replacement to Victor Wanyama, as the midfielder is more defensively minded and can do a good job of protecting the back four. He currently plies his trade in the Belgian Pro League with Anderlecht. He is unpopular there though, as he spent 5 years of his career playing for rivals Standard Liege.

The 28-year old Belgian helped his national side to qualify for Euro 2016, playing in 2 of the qualification games. Unfortunately for him, he didn’t make enough of an impact and is outclassed by what could potentially be Belgium’s best ever generation of players, so he missed out on a place in Marc Wilmots’ 23 man squad for the finals. He did make the squad for the World Cup 2014 however, making 1 appearance against South Korea. The Belgian’s were already through and as a result they chose to field a weakened side, but Defour proved he wasn’t up to the challenge by getting himself a red card in the first half. The Belgian’s still went on to win the game 1-0.

Defour has now spent 7 years in the Belgian top flight, his first 5 coming at Standard Liege, where he scored 13 goals in 125 appearances, before making the move to Porto in 2011. He returned to Belgium with Anderlect 3 years later, and in the two years that have followed he has made 61 appearances, scoring 8 times, not a bad return from a midfielder.