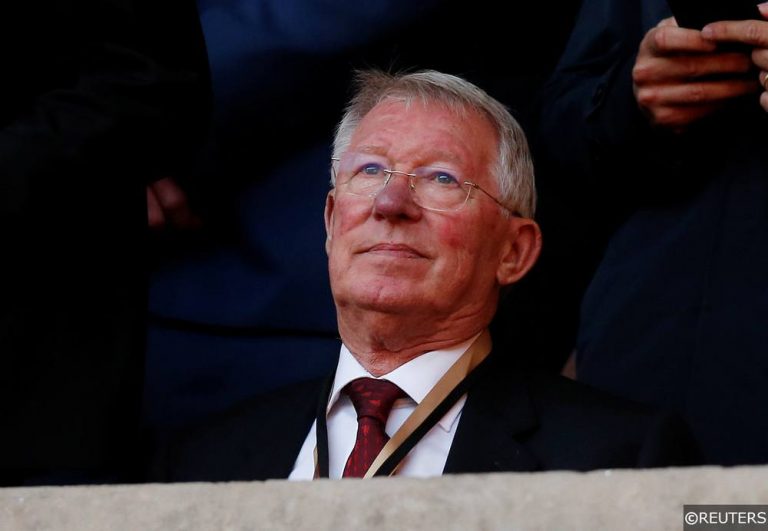 We all remember the events of 13 May 2012. A series of manic twists and turns culminated in Manchester City’s Sergio Aguero crashing in a 95th-minute winner against QPR, snatching the Premier League title away from arch-rivals Manchester United. This was a crushing blow to the Reds Devils’ then-manager Sir Alex Ferguson, and pushed him into a minor squad rebuild.

He not only wanted to wrest the title back across town, but also secure United’s long-term future after his retirement. Well, he certainly succeeded in this first aim, eventually beating City to the 2012/13 Premier League title by a staggering 11 points. But as we all know, the long-term plan didn’t quite work out…

Now, Manchester United find themselves on their 4th permanent manager in six years and struggling to challenge for the top four as their noisy neighbours continue to carve up the top flight. You can find all our latest betting tips and analysis for Manchester United (and everyone else) on our Premier League predictions page.

Bursting to prominence with Crewe Alexandra following a spectacular volley in the 2012 League Two play-off final, Powell earned a dream move to United only a couple of weeks later. In doing so, he became the club’s first signing of the summer transfer window. The early signs were promising, with the 18 year-old smashing home a long-range effort on his Premier League debut.

But coaches became increasingly concerned with his poor work-rate, and he found himself loaned out for the next three seasons. By now hampered with injuries, he moved to Wigan Athletic in 2016, proving moderately successful and earning a move to Stoke City in the summer of 2019. Based on his new club’s form this season, he might just be regretting the switch.

Hopes were high when Shinji Kagawa put pen to paper for Manchester United, with the Japanese having excelled at previous club Borussia Dortmund. He showed glimpses of his potential in the 2012-13 season, but struggled badly under David Moyes the following year, failing to score in 30 appearances.

As a result he gratefully fell back into Dortmund’s arms, but has never realised his early potential. He spent the 2018-19 season on loan at Besiktas before completing a permanent switch to the Spanish second division, where he now plays for Real Zaragoza.

You probably haven’t heard of Sean Goss – most likely because he didn’t make a single first-team appearance during his time at Manchester United. The midfielder grew up in Germany before moving to England aged eight, joining Exeter City.

He moved to Ferguson’s United for a meagre £100,000 and struggled to break into the first team, eventually joining QPR in January 2017. Two seasons on loan in Scotland followed, and the German now plies his trade in League One for Shrewsbury Town. Poor lad.

While not knowing of Sean Goss is acceptable, not knowing of Robin van Persie simply isn’t. The Dutchman made one of the most controversial moves in Premier League history in the summer of 2012, ditching the Arsenal captaincy to join Manchester United for £24m.

The transfer was an unqualified success, and van Persie slammed in 26 league goals to almost single-handedly win his new side the Premier League title. To complete the ignominy, the Gunners had to give their former talisman a guard of honour in their own stadium at the end of the season. Two more decent years followed before the striker left for Fenerbahce in 2015. He then made a dream move back to boyhood club Feyenoord, where he scored 18 goals in his final season before retirement in 2019.

With Patrice Evra in his early thirties, Sir Alex hoped 23 year-old left-back Alexander Buttner would be the Frenchman’s long-term successor. It’s fair to say that didn’t happen. Buttner was a tenacious defender, but was erratic and didn’t possess bags of quality when on the ball. Despite scoring a wonder goal and nabbing an assist in his league debut for the club, the Dutchman struggled thereafter.

He cited a rift between himself and manager Louis van Gaal for his departure in 2014, but we’re not sure that was the case. Spells at Dynamo Moscow, Anderlecht and Vitesse followed, and Buttner now plays in the MLS for New England Revolution.

Henriquez was first spotted by Manchester United in 2009, when he impressed in a trial with the club. The Old Trafford outfit purchased the rights to sign the Chilean striker at any point until 2014, an option Sir Alex chose to exercise in September 2012. He didn’t do a great deal except get loaned out a lot, and he eventually joined Dinamo Zagreb in 2015 after impressing during his time there. He’s now back where it all started – Universidad de Chile. Not exactly the next Ruud van Nistelrooy or whatever he was supposed to be.

It’s a case of what could have been for Zaha, who wasn’t given much of a chance by Manchester United. Arriving in the January 2013 transfer window, he was Sir Alex’s last ever signing and was immediately loaned back to previous club Crystal Palace for the rest of the season.

His first proper year with United didn’t go well, and was overshadowed by claims he slept with manager David Moyes’ daughter. While the stories are probably false, the winger made only four appearances for the club that season and was shipped back to Crystal Palace in 2014 after a brief loan spell with Cardiff City. Since then he’s thrived with the Eagles, snubbed the England national team for Ivory Coast and made United fans wish they’d never let him go. Most recently, he tried to force through a move to Arsenal, but his efforts were ultimately in vain.

Want to keep up to date with all the latest news and analysis from the footballing world? Head over to our Sports News page or follow us on Twitter here.