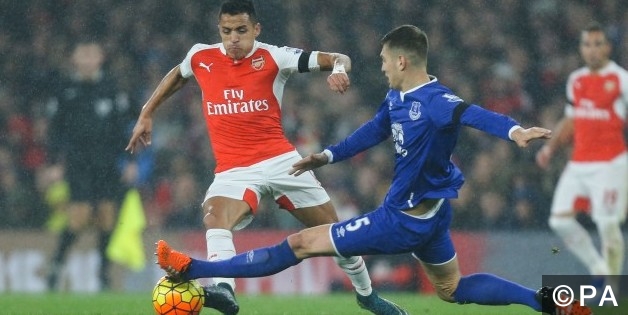 Whilst all the focus was on Manchester United signing Paul Pogba from Juventus for £89 million. Manchester City have also made a huge signing by gaining the services of Everton’s John Stones in a deal worth £47.5 million.

The deal is confirmed to be a record transfer fee for Everton and is rumoured to be worth £47.5 million, making him the 2nd most expensive defender ever. This puts him just £2.5 million behind David Luiz, who signed for PSG from Chelsea in a deal worth £50 million. It’s hard to see how the Brazilian is worth quite that much, especially with his shocking display at World Cup 2014.

Stones has been a target of Manchester City for a long time, and new manager Pep Guardiola also highlighted him as one of his top summer transfer targets. He joins a Manchester City side who are struggling for fit centre-backs, with Guardiola playing Fernandinho and Kolarov as a makeshift pairing during their 3-2 loss to Arsenal. This should mean he is almost guaranteed first team football, which will be important for his development as well as to prove to Pep why he should keep the spot even when all other options are available.

Stone’s has said “I’m absolutely delighted to sign for City and now the deal’s done I’m looking forward to the next stage in my career… I know it will be tough getting a place in this team but I’m determined to become the best player I can be and help us to success.”.

Stones has always showed promise, but has never been consistent enough to be reliable as a centre-back option for his country. Obviously a lot of this is due to the fact he is only 22-years old, but his tendency to make mistakes will ring alarm bells for Pep Guardiola. He already knows this though, and him and his coaching staff will do what they need to do to iron out these problems and help him improve on the already great areas of his game, like bringing the ball out from the defence to start an attack.

City will be hoping that the signings of John Stones, Leroy Sane, Ilkay Gundogan, Nolito and Gabriel Jesus can help push City to the Premier League title, a feat they have not achieved since the 2013-14 season.