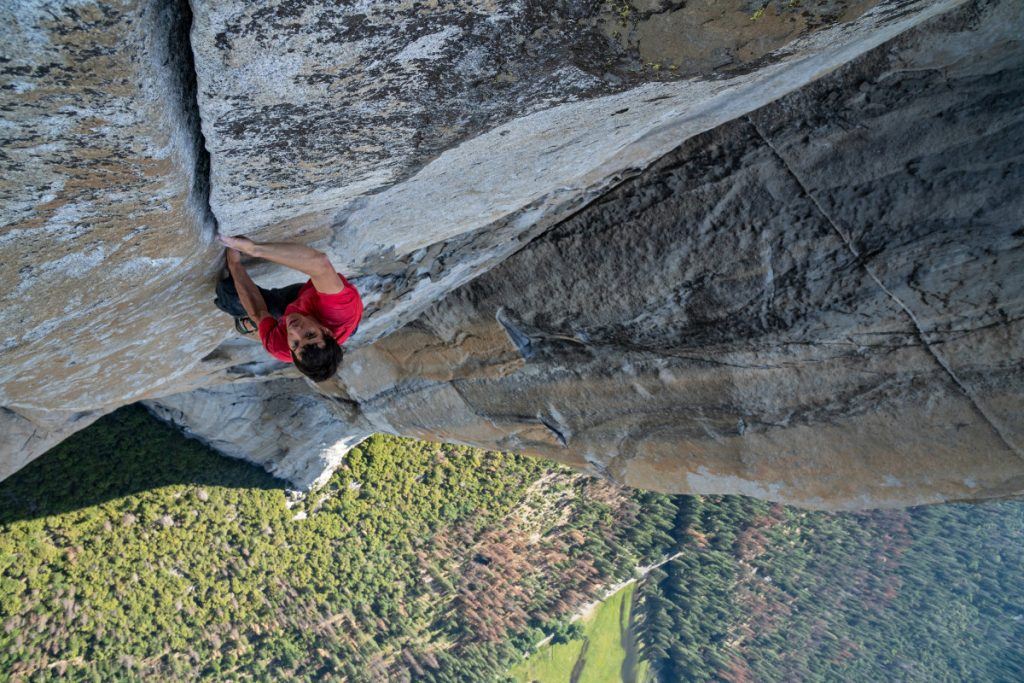 The indefinite absence of live sport has left an entertainment void that needs filling, and while nothing can fully replace the thrill of watching your favourite team or star in action, sports movies and documentaries can certainly help to take the edge off.

From behind the scenes fly on the wall shorts to spirit-lifting comebacks and triumphant underdog tales, sports movies can deliver a much-needed mix of escapism and fun during a time where we need plenty of both.

To that end, we’re counting down our 10 greatest sports movies of all time. Check out our list below!

If you think we’ve made any glaring omissions or mistakes, make sure to let us know on Twitter.

Strap yourself in for a fast-paced visceral roller-coaster ride as you are treated to a warts n’ all tour of the world of American Football.

Al Pacino and Jamie Foxx are the protagonists in this fictitious gridiron masterpiece, and while the movie is heavily dusted with sporting clichés, it’s THAT good that you don’t really mind.

Pacino’s pre-game speech near the end will have you ready to run through your living room wall for him…but please don’t. Just sit back and enjoy this superb 157-minute blockbuster.

Just how sporty is it?: The movie has more than enough crunching tackles, sinew straining runs and catches to satisfy the most ardent sports movie fan.

Where to watch: Available to rent or buy on Amazon Prime, Apple TV, Google Play and others.

Woody Harrelson and Wesley Snipes star in a quintessentially 90s buddy movie set on the mean streets and basketball courts of South LA, where they unite to combine their hustle to win cash.

White Men Can’t Jump ticks all the right boxes in terms of laughter, feel good factor and skill with a basketball, making it a staple and ever-present selection in best sports movie lists.

Just how sporty is it?: White Men Can’t Jump isn’t fully sports-centric, but there is enough on-court action in there to keep it on theme.

Senna is a 2010 British documentary film directed by Asif Kapadia, that depicts the life, career and death of Brazilian Formula One driver Ayrton Senna.

The documentary is unusual in that it relies primarily on archive race football and home video clips provided by Senna’s family, rather than the traditional retrospective videos and formal voice over commentary that you would generally associate with films of this type.

Senna is an unorthodox masterpiece however and has been recognized as such by numerous award bodies and ceremonies.

Just how sporty is it?: Extremely – Senna is packed with a huge amount of F1 archive footage.

Where to watch: Available to rent on Amazon Prime.

Yes….we know you’ve watched this one dozens of times already, but we also know that you are perfectly willing to sit though it one more time.

Moneyball is a relatively unique sports movie in that in focusses almost fully on what happens off the field of play instead of the action on it.

If you try to describe how good this is to someone who has never seen it, you might come off a little odd – it’s not often a telephone conversation shot inside a tiny, stuffy office can have you on the edge of your seat.

Just how sporty is it?: The movie is fully baseball-centric, though you don’t actually get to see much of the game being played. Nevertheless, Money Ball is still wall to wall backroom sports.

Where to watch: Available to stream on Netflix, rent or buy on Apple TV, Google Play and others.

One of the most iconic movies of all time in general, Rocky spawned a string of sequels and a generation of fans following its 1976 debut, and is firmly near the top of the list of greats in the boxing genre.

Sylvester Stallon is cast as the underdog “Italian Stallion” and sweats his way through various training montages to transform himself from back-ally street boxer to heavyweight title opponent for Apollo Creed inside five weeks.

We said it was great not realistic!

Just how sporty is it?: Sweat stained tops, skipping ropes, dusty gyms with a glitzy climax – Rocky has all the boxing you can stomach.

Where to watch: Available to rent on Apple TV, Google Play and YouTube Movies or buy on Amazon Prime.

Professional Wrestling might be far more pantomime than sport, but The Wrestler is such a gripping saga that the oil slicked discipline has never felt more authentic.

Mickey Rourke stars as over the hill and dead-broke Randy ‘The Ram’ Robinson – a former big-time star reduced to performing in the extreme world of backyard wrestling to make ends meet.

This one will heave up your emotions up to the top buckle before driving them south with a canvas slam that will leave your eyes watering and your throat lumpy.

Just how sporty is it?: While we admit that Pro Wrestling is more entertainment than sport, there is plenty of raw action in here to keep you interested.

Where to watch: Available to stream on Amazon Prime, rent or buy on Google Play and YouTube Movies.

Hoop Dreams was initially supposed to be nothing more than a 30-minute snap-shot documentary based around inner-city playground basketballers, though the movie eventually evolved into a three-hour epic that is widely considered one of the best sports movies ever made.

While basketball and the stories of NBA hopefuls William Gates and Arthur Agee are central, the movie is also shines a powerful light on poverty and racial inequality, making it a captivating watch from first minute to last.

Just how sporty is it?: Hoop Dreams has plenty of sporting action and suspense to go around.

Where to watch: Available to stream on Amazon Prime, rent or buy on Google Play and YouTube Movies.

If the list of titles in the genre is anything to go by, then making a really good movie about football must be one of the most difficult things to do in the business – though The Damned United certainly stands apart as a mould breaker.

Against a backdrop of wood-panelled boardrooms and muddy 1970s pitches, we get a unique insight into a fascinating period in Clough’s career and football in general.

Just how sporty is it?: There isn’t much football on show here, though there is enough training ground and off the pitch stuff to help you get your fix.

Where to watch: Available to buy on Amazon Prime, Apple TV, Google Play and others.

Baseball, corn, ghosts…..what’s not to like? “Build it and they will come” is Field of Dreams’ tagline, though among movie fans it could easily be “put it on and we will watch”.

In this far-fetched but strangely engaging 1989 blockbuster, Kevin Costner receives messages from the beyond telling him to build a baseball diamond in his back yard.

We won’t give too much away if you haven’t seen it, but he does build it…..and they do come.

Just how sporty is it?: There is a good chunk of baseball on show, but the movie isn’t bursting at the seams with sporting action.

Where to watch: Available to stream on Now TV and Sky Go, rent or buy on Amazon Prime, Apple TV, Google Play and more.

You might find yourself watching this one from behind cushions or fingers as Hoonold puts his life on the line to clamber up 3,200ft of sheer granite), though you should find it impossible to turn it off.

Free Solo is an assault on the senses and is equal parts terrifying and exhilarating. If you haven’t seen it yet, push this one to the top of your watch list.

Just how sporty is it?: Rest assured – Free Solo is spilling over with death defying climbing footage.

Where to watch: Available to stream on Disney+, rent or buy on Amazon Prime and Apple TV, Google Play and others.