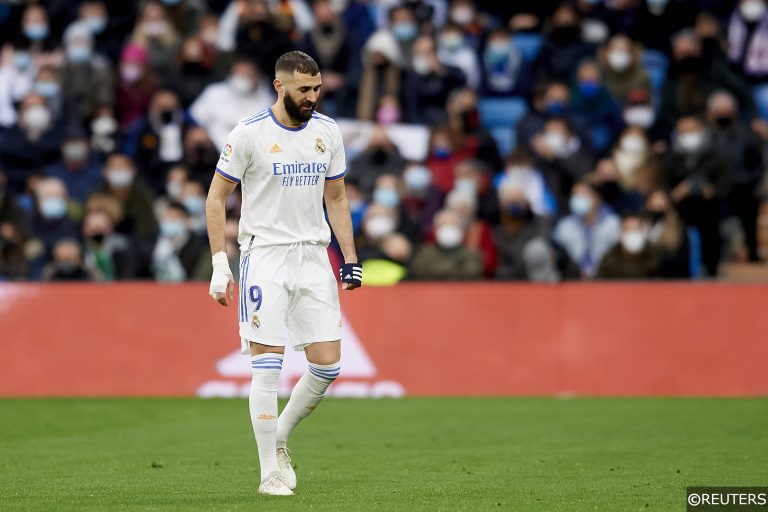 There is plenty of football to look forward to this week and we’ve put together a 32/1 accumulator with a bet each day from Monday to Friday.

This week, we’ve focused on home wins and have selections from the Championship, the Champions League and the Europa League.

Read on to see which teams have been included in our Home Heroes Long Haul and to back our bet.

Huddersfield and Luton both sit in the play-off places in the Championship and the Terriers can strengthen their hold on a top six spot by seeing off the Hatters in Yorkshire on Monday.

Huddersfield won at Hull in the last round of fixtures and have been in excellent form at home of late. Carlos Corberan’s men were beaten by Bournemouth in their last home assignment but that ended a nine-game unbeaten streak for the Terriers at the John Smith’s Stadium and they have won four of their last six on home soil. Luton are fairly good travellers but they have lost three of their last nine away, and could only manage a 1-1 draw at rock-bottom Peterborough in their last trip.

Real Madrid beat Chelsea 3-1 at Stamford Bridge in the first leg of their Champions League quarter-final tie and can finish the job with a win in Madrid.

The Blues did manage a 6-0 win at Southampton on Saturday and I am expecting an improved showing from the Premier League club, but Real have been excellent at home this season and have won five of their last six at the Bernabeu.

Liverpool and Benfica conclude their Champions League quarter-final on Wednesday and the Reds should be able to win with room to spare in front of their own fans.

The Merseyside club outclassed Benfica in the first leg in Portugal as they came away with a 3-1 win, and they should be able to beat the Lisbon outfit by at least a two-goal margin at Anfield.

Atalanta and RB Leipzig played out a 1-1 draw in the first leg of their Europa League tie in Germany.

La Dea took the lead at the Red Bull Arena but were pegged back in the second half, the Italian outfit were perhaps unlucky not to win that tie – they created more chances than Leipzig – and with the benefit of home advantage in the second leg they can secure a spot in the last four with a win on Thursday.

We’re treated to a full round of Football League fixtures on Friday and in the Championship Sheffield United can boost their bid for a play-off spot by beating Reading.

The Royals aren’t mathematically safe just yet but they are well placed to avoid the drop with an eight-point advantage over Barnsley in 22nd spot. Reading blew a 1-0 lead as they lost 2-1 at home to Cardiff last time out and it is hard to see them getting any points at Bramall Lane, as the Blades are unbeaten in their last 12 at home and have won three of their last four in South Yorkshire.