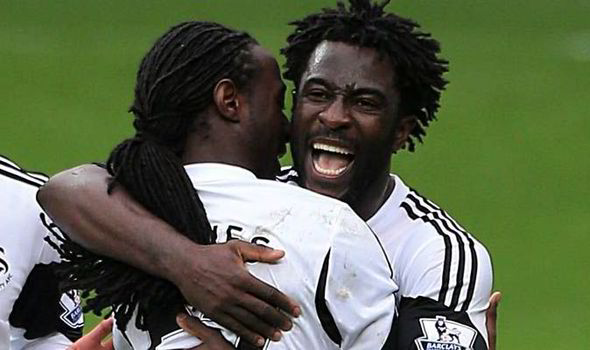 Will we ever see Wilfried Bony in a Swans shirt again?

The Christmas festivities are over and the New Year celebrations are out of the way. Now it’s time to turn our attentions to the mid-season transfer dealings. Here, we sum up the major moves of the transfer window so far this January.

Swansea sparked the rumours of Wilfried Bony’s departure immediately, as they completed a loan deal for Benfica striker Nelson Oliveira within 24 hours of the transfer window opening.

Manchester United’s summer target Enzo Perez completes a move to Valencia from Benfica, in a deal reported to be worth around £20 million.

Fernando Torres finally ends his dismal spell at Chelsea by signing for AC Milan after a loan spell with the Italians.

Torres’ time in Milan is short lived, as he is loaned out to his boyhood club Atletico Madrid in exchange of Italian striker Alessio Cerci, ending speculation that he is Anfield bound.

Lukas Podolski completes his loan move to Inter Milan, and Hatem Ben Arfa has his Newcastle contract terminated and moves to OGC Nice.

West Ham allow out of favour striker Mauro Zarate join the struggling QPR on loan for the remainder of the season.

Leicester City look to salvage their failing return to the Premier League by splashing out a club record £9 million to land striker Andrej Kramaric, subject to a medical. The Croatian marksman has had an incredible first half of the season, scoring 28 times in 31 games for HNK Rijeka.

Most transfer speculation seems to be surrounding the reported £30 million transfer of Wilfried Bony to Manchester City.

In other news, Liverpool look ready to let Suso move to AC Milan, and are thinking about recalling on-loan striker Divock Origi from Lille to solve their striker crisis.

Rumours surrounding Lionel Messi’s dispute with the Barcelona hierarchy are fuelling speculation about his future at the club. Reports (or hearsay) are emerging that a £200 million deal has been struck between the Catalans and Chelsea for the Argentinian star’s services. But does anyone believe he will leave the Nou Camp?