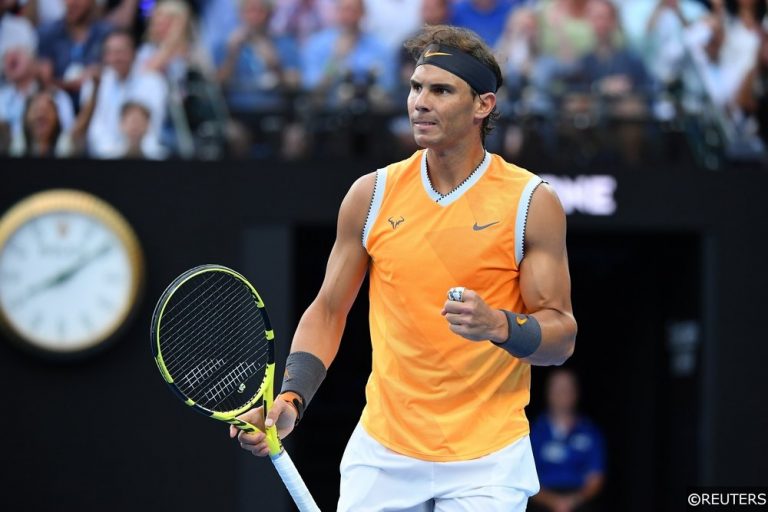 The US Open begins at Flushing Meadows in New York next week and Racing Post tennis expert Joe Champion has provided his tips for the final Grand Slam tournament of 2022.

Britain’s Emma Raducanu is the defending champion in the women’s singles but the big story revolves around Serena Williams, who will be competing for the final time before retirement and has a chance to equal Margaret Court’s all-time record of 24-major singles titles.

Three-time winner Novak Djokovic won’t be involved in the men’s tournament as he has been unable to travel to the US, potentially leaving the door open for Rafael Nadal to add to his record of 22 men’s singles major titles.

Our tennis experts have already correctly picked out Ashleigh Barty to win the Australian Open and Rafael Nadal to win the French Open at 3/1 and 7/2 respectively this year – and now Joe has provided us with a best bet and a dark horse option in the US Open men’s tournament and two each-way selections for the women’s singles, which you can back below.

The final tennis Grand Slam of the season, the US Open, starts in New York City on Monday and we’ve got four tips for Flushing Meadows.

With Roger Federer and Novak Djokovic absent, Rafael Nadal is the final member of the big three still standing in New York and the 22-time Grand Slam champion can pull further clear of his greatest rivals by winning number 23 in the Big Apple.

Nadal comes into the US Open with question marks over his fitness but his credentials on the biggest stage are hard to dispute. He’s won the Australian Open and the French Open already in 2022 and he is unbeaten in Slams having withdrawn from Wimbledon at the semi-final stage.

His comeback in Cincinnati – a three-set defeat against Borna Coric – looked underwhelming at the time but the Croat went on to win the title. With a decent draw, Nadal has the chance to hit top gear by the second week.

The boisterous US crowd has not hailed an American men’s champion since Andy Roddick in 2003 but there is a chance that Taylor Fritz can put an end to New York’s long wait in the next fortnight.

Fritz defeated Nadal in the Indian Wells final in March, then had the Spaniard on the back foot at Wimbledon before losing in five sets, and those experiences should have him brimming with self-belief.

He could go far from a wide-open second quarter for which he is among the favourites to make the last four.

The Belarusian has long looked like a Grand Slam champion in waiting but her mentality on the biggest stage has held her back. However, this could be the tournament when she puts everything together.

Sabalenka, capable of brutal baseline hitting, reached the semi-finals in New York and her recent run to the last four in Cincinnati was full of promise.

Caroline Garcia toppled Sabalenka and in Cincy and the Frenchwoman, seemingly thriving after a lean spell, has every chance of continuing her fine form in New York.

Garcia, once heralded by Andy Murray as the next big thing, has arguably failed to deliver on her considerable promise but it’s easy to forget she is a former top-four WTA player who had claimed big titles before her return to prominence in Cincinnati.

Previously a winner of the Poland Open, where she defeated Swiatek, Garcia looks a likely candidate to emerge from a third quarter featuring Simona Halep, who has a poor US Open record, and Coco Gauff, who comes into the tournament with a question mark over her fitness.