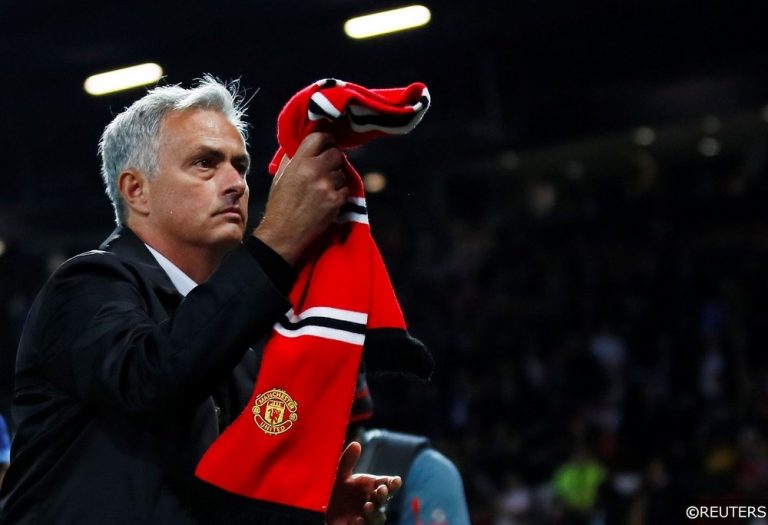 The Premier League plot thickened a little more after game week 3 of the new 2018/19 season, with dramatic storylines continuing to unfold at both ends of the table.

Liverpool, Chelsea, Tottenham and Watford all won to maintain their 100% Premier League win rates, while West Ham remain isolated and cut adrift at the bottom as the only team to lose all 3 of their opening matches.

Elsewhere Arsenal and Fulham recorded their first wins of the season, while things continue to go from bad to worse for Jose Mourinho and Manchester United.

Let’s take a look at some of the weekend’s most interesting Premier League talking points.

Mourinho’s spin is fooling nobody

Manchester United’s misery reached new depths this week after they were soundly beaten 0-3 at home by Tottenham Hotspur.

After a bright start to the game, that was powered more by energetic enthusiasm than good football, United faded badly in the second half and eventually conceded the goals that always looked like arriving.

When the game was finished, Jose Mourinho wove an alternative reality in his press conference, twisting events on the pitch to fit a narrative that simply wasn’t true.

Mourinho bleated that United should have been “2-1 or 3-1 up at half time” though his summation was an inaccurate reflection of a half in which Tottenham had the better chances. On top of the opportunities they created themselves, Spurs had a legitimate penalty call turned down when Phil Jones bundled over Lucas Moura.

In truth, despite Mourinho’s claims to the contrary, Spurs might have felt aggrieved to not be 2-1 or 3-1 up themselves at the break.  After United had exhausted their early adrenaline, they reverted to the same mess of a football team that we saw at Brighton.

When quizzed about the reaction of the fans at full time, Jose said the supporters didn’t boo because they appreciated the players effort. He further pushed home his point by saying United fans were correct to boo the team after their defeat to Sevilla the previous season – because then, he and the players had deserved such a reaction.

But didn’t Jose lambast those United fans after that same Champions League exit for the exact reaction he praised last night? I think we all remember his unhinged “football heritage” rant.

Mourinho is a walking contradiction and has become lost in his own rhetoric. His hypocritical contortion of the truth off the pitch continues to compound United’s problems on it. Pre-season observations postulating that Burnley would struggle to cope with the demands of competing on simultaneous domestic and continental fronts have proven to be pretty much on the money so far in 2018/19.

The Clarets have played 630 more minutes of football than any of their Premier League rivals this season, and it shows.

After Burnley were beaten 3-1 in Greece by Olympiakos on Thursday, they conceded another 4 times in their heavy defeat to Fulham a couple of days later.

Just 5 of the players who started in the Europa League kept their places for Sunday’s Premier League clash, though instead of bringing freshness to team, the chopping and changing only added a disjointedness to the fatigue already permeating their ranks.

Burnley have it all to do to turn around their tie against Olympiakos next week, though an early Europa League exit might not be the worst thing in the world for the Clarets.

After Unai Emery indirectly criticised Mesut Ozil’s work rate last week, the World Cup winner was absent from the Arsenal squad for their clash with West Ham at the Emirates on Saturday.

Rumours of a training ground bust up between player and manager had been circulating on social media, and even though the official club line was that Ozil was “ill”, his absence felt more like a statement of intent from Emery.

Without Ozil, the Gunners picked up their first win of the season, though their overall performance was still unconvincing.

Arsenal’s forward players did press harder from the front however, a style that Mesut Ozil is likely to struggle to adapt to. It will be interesting to see if he returns to the team for Arsenal’s next game at Cardiff on Sunday.

These Cherries bite back 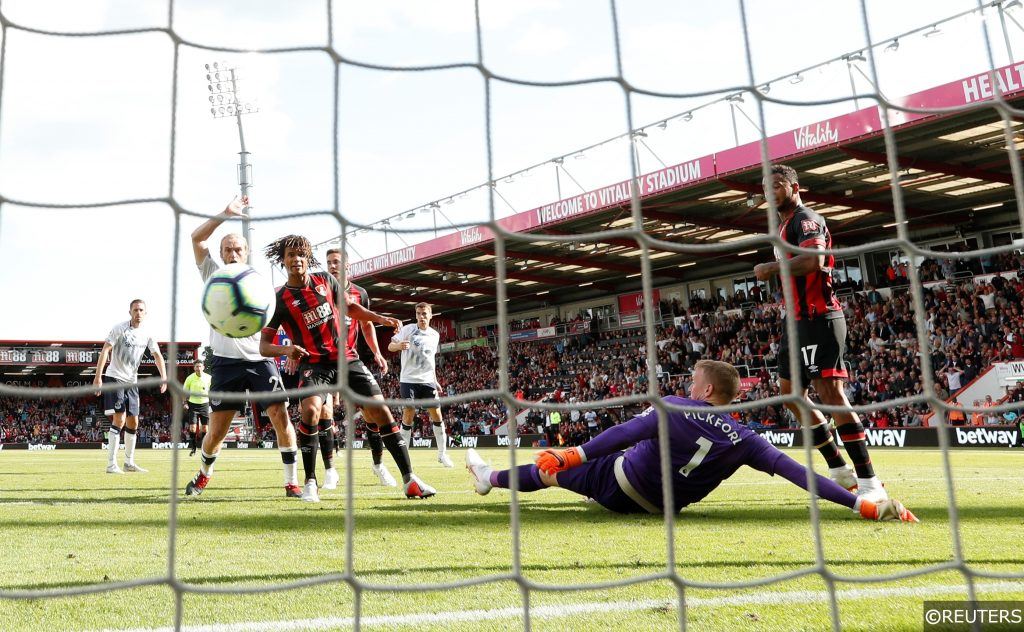 Bournemouth vs Everton fixtures always produce the goods in terms of goalmouth action and penalty area drama. Including their 2-2 draw at the weekend, there has now been 29 goals scored in their last 8 meetings – an average of 3.6 goals per ninety minutes.

The point Bournemouth eventually secured was the second game on the spin that they clawed back a deficit to take something from a Premier League match.

Against West Ham last week, the Cherries recovered from a goal down to turn the tie on its head in the last half an hour at the London Stadium. Strikes from Callum Wilson and Steve Cook inside a 6-minute spell helped Bournemouth eke out a win in the capital.

At Dean Court on Saturday, Bournemouth found themselves 2 down with just 15 minutes left of the clock. A Josh King penalty and a goal from Nathan Ake brought the home side level and they might have snatched a winner late on had they been a little more clinical.

The Cherries ability to turn around seemingly lost causes reflects the fantastic spirit Eddie Howe has managed to instil in his squad. Bournemouth continue to defy the critics that suggested that the Cherries Premier League stay might finally come to an end this season.

4 players were sent off in Premier League matches on Saturday, the highest number of dismissals on one top flight match day since 19th September 2015.

A little over 3 years ago, Gabriel and Santi Cazorla were sent off in Arsenal’s 2-0 defeat at Chelsea, Kevin Mirallas was given his marching orders in injury time during Everton’s 0-0 draw at Swansea and Younes Kaboul was shown a red for Sunderland in their 0-2 loss at Bournemouth.

History repeated itself somewhat this weekend, with red cards shown in games involving Everton and Bournemouth again. Adam Smith was sent off for the Cherries for poor tackle on Theo Walcott, but not before Smith had a hand (or a head) in Richarlison’s dismissal for the Toffees.

On the south coast, Pierre-Emile Hojbjerg was sent off after picking up two yellows for Southampton against Leicester, while Jonathan Hogg saw red for Huddersfield against Cardiff in West Yorkshire when he lost his rag in the penalty area.