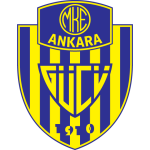 Reason For Ankaragucu vs Galatasaray Predictions

Ankaragucu remain bottom of the Super Lig table following their 2-2 draw at Goztepe on Wednesday, while lost heavily away at Alanyaspor 4-1 and sit 2pts behind 3rd-placed Sivasspor. Our prediction for both teams to score in Sunday’s clash carries plenty of weight and not only because both teams have scored in four of the last seven meetings between these two clubs.

Each of the hosts’ and four of the visitors’ last six matches in the Super Lig have seen both teams score. Both teams have scored in 67% of Ankaragucu’s home games and 53% of Galatasaray’s away trips this season, so you can see why we’re backing goals to be scored at both ends of the pitch on Sunday.

As for a final scoreline, we’re predicting a 1-1 draw between the pair as both teams have drawn the majority of their last six league games and have struggled for wins of late. The hosts have drawn more games at home (4) than they have won (3) this season while Galatasaray have drawn as many games on the road as they have won (5). Ankaragucu only score an average of 0.93 goals per home game and Galatasaray score an average of 1.40 goals on their travels, which ties in with our prediction for a 1-1 draw this Sunday.