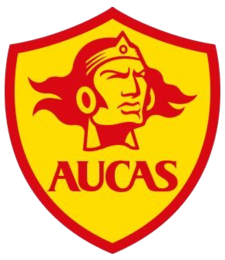 Aucas looking to stage a comeback

Having gone into the first leg as huge underdogs, Aucas will be happy to have lost by just a 1-0 margin. The Ecuadorians frustrated Velez fairly effectively in said match and trailing by just a single goal, they are in with a shout of causing a big upset in knocking the Argentines out.

That being said, although they have high altitude on their side, Aucas aren’t playing well at the moment and confidence won’t be high coming into Wednesday’s game. Aucas haven’t won any of their last 5 games and having scored just twice over said fixtures; it’s not hard to see where problems are coming.

Velez looking to hang on

Meanwhile, Velez have left themselves with significantly more work to do in Quito than they had hoped thanks to their first leg performance. El Fortin didn’t do enough to make their home advantage count and found Aucas hard to break down, only just managing to establish a slender advantage.

Nonetheless, by far the stronger of the two sides on paper, Velez will be confident of seeing their lead through, especially given how defensively strong they are. Gabriel Heinze’s troops have kept a clean sheet in 8 of their last 12 outings and if they can add to that streak on Wednesday, they’ll book their ticket into the next round.

A closed game is expected

Ultimately, this is likely to be a very tight and cagey affair and excitement doesn’t look set to be on the cards. Playing away at altitude with a narrow lead, Velez will look to shut up shop and with Aucas struggling for goals of late, they’re not likely to create many chances.

All things considered, backing the Under 1.5 Total Goals line looks an appealing way to play as far as the betting is concerned and is something we’re more than happy to do. 4 of Aucas’ last 6 games have ended under the 1.5 goal line, as have 9 of Velez’s last 11 and we think both streaks will continue in a 0-0 stalemate that would see Velez narrowly through.