Weakened Belgians no match for Italy

The tie of the round is certainly Friday night’s clash in Munich, although Belgium aren’t expected to be at their best. Roberto Martinez has confirmed that we won’t see Kevin De Bruyne or Eden Hazard until the semi-finals, if the Red Devils can make it.

Belgium may have a golden generation but they’re a much poorer side without De Bruyne in the side. Both he and Hazard had to come off the bench to rescue Belgium when they were 1-0 down to Denmark in the group stage. That doesn’t bode well for a clash with one of the favourites.

Italy are unbeaten in 31 games and they’ve won 11 of their last 12 internationals. They are in fantastic form and Mancini has built a side capable of taking on the very best in the world. Given how Belgium have failed to really get going a the Euros so far, we think Italy are the side to back in this tie.

Another clean sheet for Italy

In recent years, we’d expect Martinez’s Belgium to be a great passing outfit and Italy to be much more conservative. However, they’ve swapped roles ahead of this clash. The Red Devils weren’t very adventurous against Portugal and they aren’t likely to be let of the leash with two important attacking players out.

Meanwhile, Italy are as defensively solid as ever – having kept a clean sheet within 90 minutes in every game so far. However, they’ve built a midfield who keep possession better than any side at this tournament. They also have a real attacking edge, averaging a tournament high 21.8 shots per game. 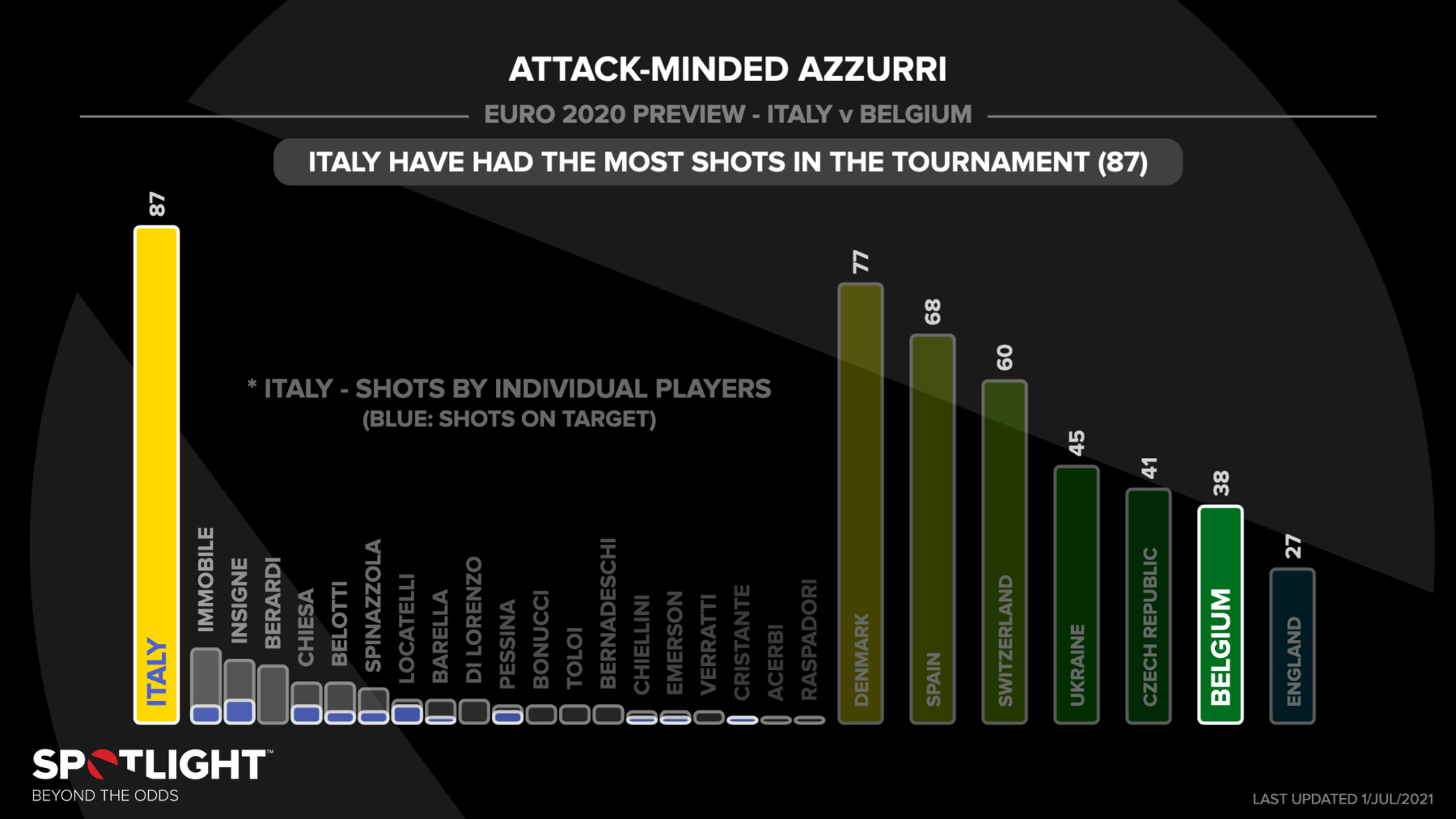 Italy have the attacking quality to break down Belgium, while their defensive experience can shut out the Red Devils. The Italians have conceded just 13 goals across their last 18 major tournament games, while they’ve kept 11 clean sheets in their last 12 games while scoring 34 times. With that in mind, a 2-0 Italy win is our correct score prediction.

While Immobile has scored twice for Italy at this tournament the Italians have had plenty of attacking threat from their front three. Lorenzo Insigne scored in the opening game against Turkey and the Napoli forward looks like a great option to find the net here.

Insigne has had 11 shots in his three games at the Euros and he’s had more shots on target than anyone in this Italy side. The tricky winger loves to cut inside and when you consider that Belgium have defensively poor wing-backs and an ageing back three Insigne seems perfectly positioned to trouble them.

Insigne scored a career-high 19 Serie A goals last season and we’re backing him to score anytime against the Red Devils. 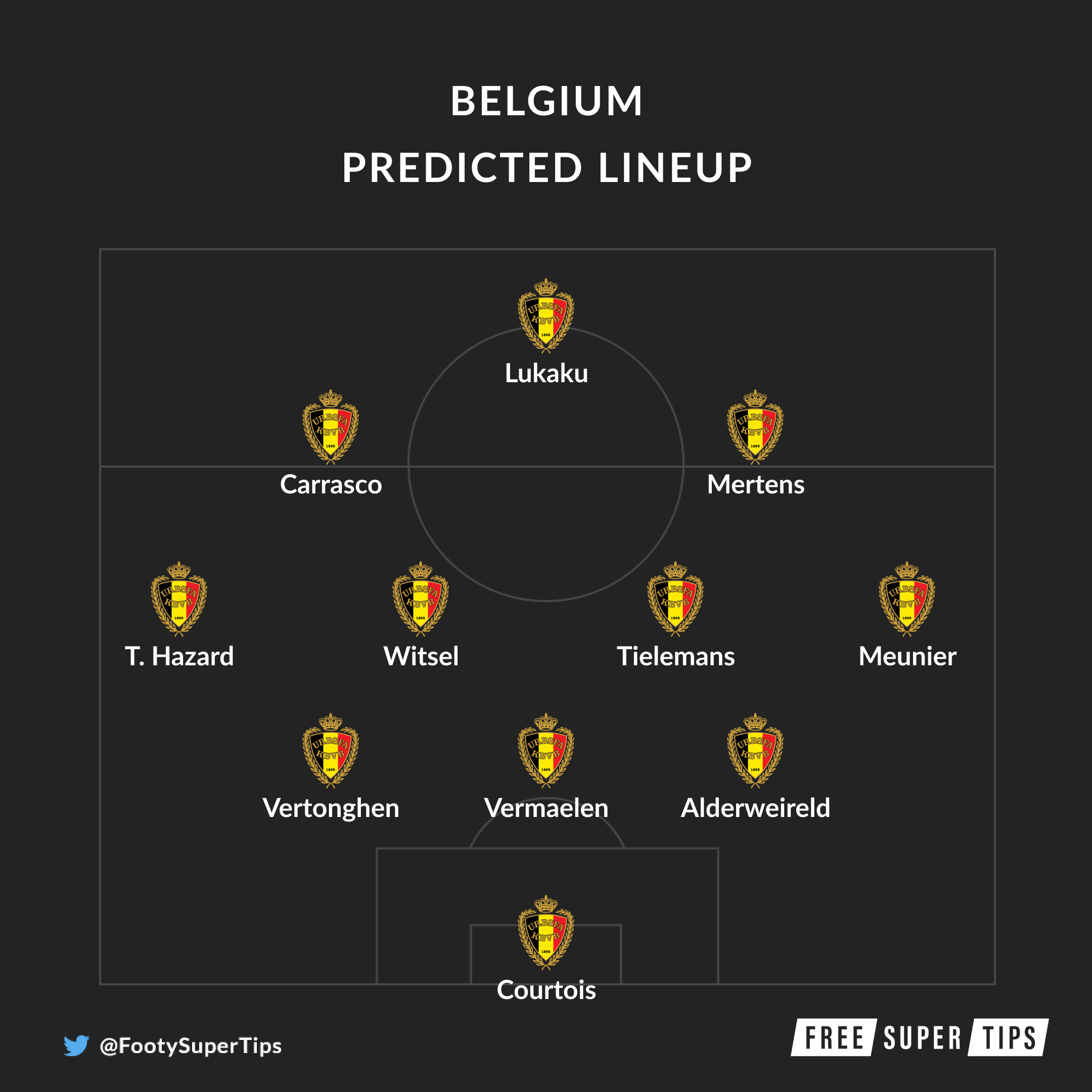 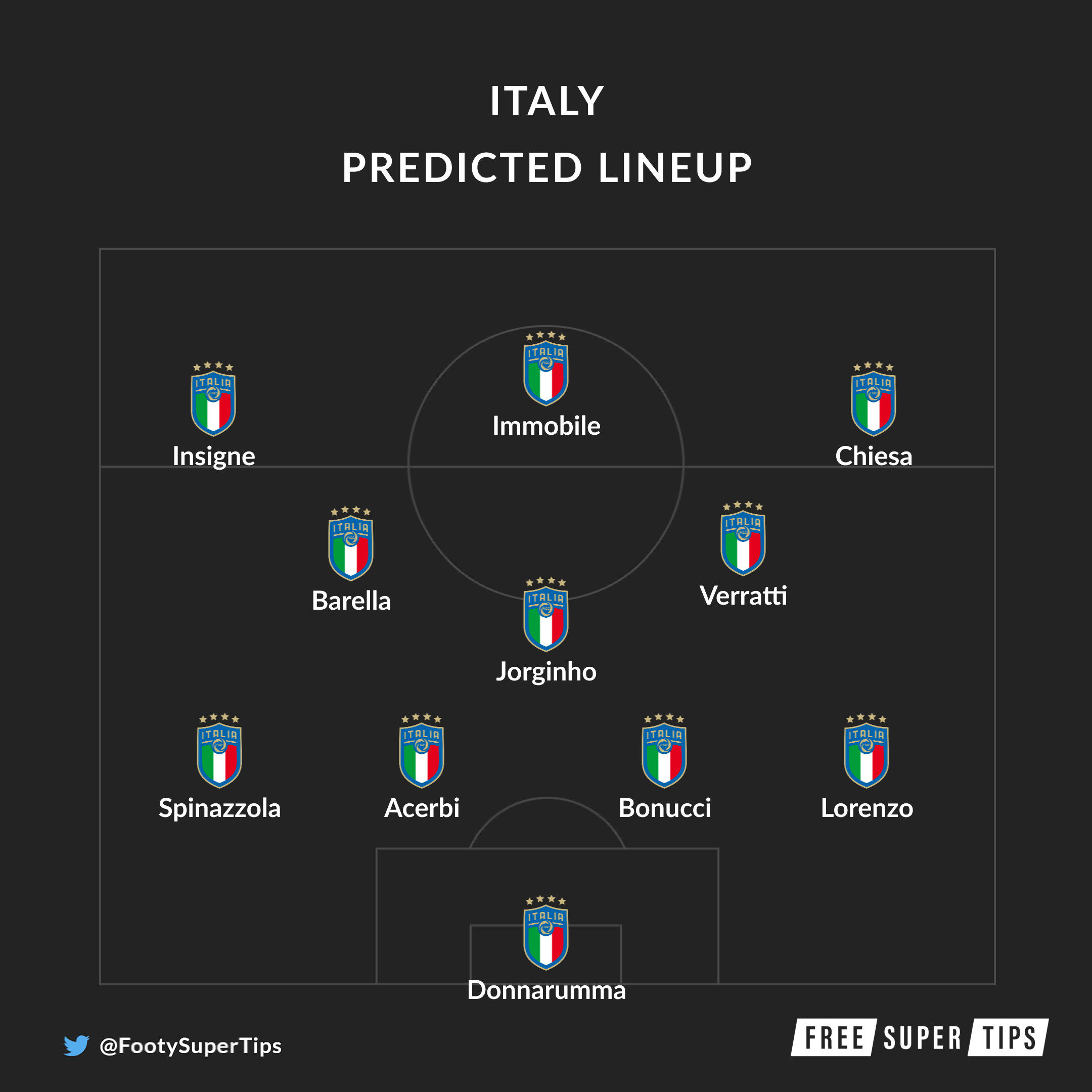