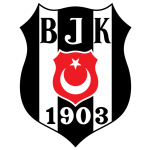 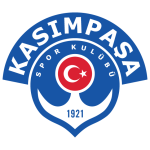 Besiktas vs Kasimpasa predictions for Thursday’s match in the Super Lig. In-form Kasimpasa make the trip to Besiktas for what we’re expecting to be a close and competitive 90-minutes in Istanbul. Read on for all our free predictions and betting tips.

Reason For Besiktas vs Kasimpasa Predictions

Besiktas suffered a surprise 3-1 defeat away at relegation battlers Kayserispor and will be looking to bounce back with a win on Thursday night. Kasimpasa sit 11th in the table following their 0-0 draw at home to Sivasspor on Sunday and are currently unbeaten in their last eight matches.

Our prediction for both teams to score in Thursday’s clash is backed by the recent head to head meetings between these two clubs as well as their performances at home and on the road so far this season. 53% of the hosts’ home matches and the visitors’ away trips this season have seen both teams score.

Both teams have also scored in four of Besiktas’ last six matches and each of the last seven meetings between the two clubs spanning back to December 2016. In terms of a final scoreline, we’re predicting a 2-1 win for the hosts who have won nine of their 17 home games this season. Kasimpasa might be in good form right now but the visitors have lost seven of their 15 away games this season.

James Kelbrick July 7, 2020 james.kelbrick@freesupertips.co.uk
James is an Everton fan from Chester who started a football blog shortly after leaving university and it wasn't long before he was offered a freelance position at a football tips and predictions website. James made the move to FST in 2017 and now specialises in the Portuguese Primeira Liga and the Eredivisie.