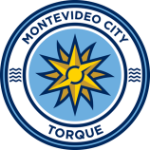 Cerro Largo vs Torque predictions for Wednesday’s Uruguayan Apertura contest at the Estadio Municipal Arquitecto Antonio Eleuterio Ubilla. Cerro Largo and Torque lock horns in what promises to be a thrilling encounter. Read on for all our free predictions and betting tips.

Cerro Largo recovered well from successive defeats on the road to battle their way to a 2-1 win at home to River Plate on Sunday, thanks to first half strikes from Tomas Fernandez and Hugo Dorrego – a triumph that allowed the Arachán to extend their fine recent record on their own patch.

Danielo Núñez’s side have opened their account for the new campaign with two wins from three on home soil, and it’s worth noting that an average of 4.0 goals per 90 minutes hit the net across that trio of thrilling tussles.

With three wins from their first four matches on their travels, Torque have the momentum to put their host’s unbeaten record to the test, and having notched eight goals on the road already this term, La T will arrive in Melo confident enough to attack from the outset.

That should ensure we see a high-scoring game on Wednesday evening between two confident teams, and that in turn makes the over 2.5 goals market worth backing, while our correct score prediction points towards a 2-2 draw.