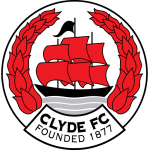 Clyde v Celtic predictions for Sunday’s game at Broadwood Stadium. Can the hosts cause an upset against the reigning champions? Read on for all our Scottish FA Cup predictions and betting tips.

Celtic To Win To Nil

Reason For Clyde vs Celtic Predictions

Bully Wee’s biggest game of the season so far

Clyde has been tasked with the nearly impossible task of defeating current Scottish Cup winners Celtic in what is their most important fixture so far this season. The club booked its place in the 5th round of the competition after narrowly beating Bonnyrigg Rose.

Danny Lennon’s side has also done quite well at home this season, where they’ve lost just three times in their last twelve games at Broadwood. The club has netted an average of 1.82 goals at home in League One this season, netting at least once in nine of their eleven games at home. Clyde has also conceded just eight times on home turf, although they have let in five goals in their last trio of games.

Celtic made it six wins from six in 2020 after the reigning champions thrashed 3rd-placed Motherwell 4-0 at Fir Park. The Hoops also had an easy game against Partick Thistle in the previous round and but won’t field a weakened side here.

Neil Lennon’s side has been devastating in attack away from home this season, with the Glasgow outfit netting 35 times so far- an average of 2.69 goals- whilst also failing to score just once in their 13 away days. The Hoops kept another clean sheet on the road in Wednesday’s game, although they’ve still let in one goal in three of their last five outings.

No chance for the hosts

Clyde comes into this game as the unquestionable underdogs, given that Celtic are the reigning champions and have failed to lose a game in this competition since April 2016. We’re backing the Hoops to win here to nil as they’ve been devastating in attack whilst also doing quite well in defence, with the club keeping a clean sheet in half of their last four away days, as well as the fact their hosts have conceded in nine of their eleven home ties.

Celtic has scored a vast amount of goals on the road this season too, with the Hoops scoring four goals in their last two away days. We’re backing the Glasgow club to win 3-0 here, as they’ve netted an average of 2.69 goals away from home and Neil Lennon has confirmed that he will field a strong team for this game.