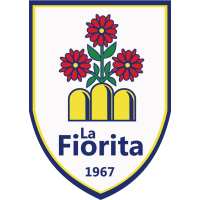 Coleraine vs Fiorita predictions for Thursday’s Europa League preliminary round skirmish at The Showgrounds. Coleraine are favourites to push their way past San Marino minnows Fiorita. Read on for all our free predictions and betting tips.

Reason For Coleraine vs Fiorita Predictions

Coleraine were handed a favourable tie in the draw for the Europa League preliminary round, and the Northern Irish outfit should have the quality to push past San Marino minnows Fiorita and into the next qualification stage.

The Bannsiders could be a little ring rusty following a lengthy lay from competitive football however, and Coleraine might find it hard to recapture their pre-postponement form having played just one cup game since the resumption of play.

Oran Kearney’s side had won 11 out of 12 matches in the run up to the COVID-led break, though their record of notching two or fewer goals in eight of those games suggests that even at their best, Coleraine were modest goalscorers.

With cobwebs to blow off, we don’t expect Coleraine to cut loose on their way to victory this week against a Fiorita team equally short on match-fitness, and we anticipate that being reflected in the final scoreline in Derry.

For those seasons, the under 2.5 goals market looks worth considering for Thursday’s qualifier, while our correct score prediction points towards a 2-0 home win.

Fiorita failed to register in five of their last six assignments at this level, and Coleraine, who bagged exactly two goals in two of their last three victories, should be able to keep them at arm’s length.

Simon Winter August 19, 2020 simon.winter@freesupertips.co.uk @simonjwinter
Born in the south east of Ireland, Simon put his life-long love of football to good use when he started a successful independent blog in 2010. That opened up an alternative route to a career in journalism, and having had work published across a number of sites and publications, Simon joined the staff at Spotlight Sports Group in 2018.