Cologne vs TSG Hoffenheim predictions for this Saturday’s German Bundesliga fixture. Can Hoffenheim continue where they left off last season in their opening game at Cologne? Continue reading to see all of our free predictions and betting tips for this game.

Hoffenheim can continue where they left off

In fact, Hoffenheim lost only two of their last eight matches, a purple patch that included an emphatic 4-1 win at home to Cologne.

Another full season under manager Sebastian Hoeness can only bring about more positives and the attacking quality they possess should see them make a winning start. Hoffenheim, whose frontline options include Andrej Kramaric and impressive Austrian Christop Baumgartner, make plenty of appeal.

The return to action after the Coronavirus-enforced layoff hindered Cologne, who failed to win any of their final ten matches.

One thing that is for sure, however, is Cologne don’t lack firepower. Both teams scored in each of their last 11 matches and they failed to score in just two of their 17 home assignments.

Hoffenheim have won each of the last four league meetings between the pair and they were 2-1 winners here last season. We predict a repeat scoreline, with two exciting attacks on show. 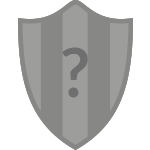 Aaron Ashley September 18, 2020 aaron.ashley@racingpost.com
Aaron graduated with a journalism degree at the University of Sunderland in 2016 before embarking on a fresh challenge at the Racing Post to combine the skills he had been taught with his passion for football and betting. Although a loyal Northampton Town supporter, Aaron closely follows the action across all of Europe’s elite divisions.