Croatia to crumble in Copenhagen

Both Croatia and Spain finally came to life in matchday three of the Group Stages, securing comfortable wins over Scotland and Slovakia respectively to secure their passage through to the knockout stages. The journey for one of these sides will end on Monday, however, and all signs point towards Croatia crashing out in Copenhagen.

Luka Modric and Ivan Perisic may have saved them from a Group Stage exit on Tuesday night but there’s no denying the 2018 World Cup finalists are on the decline.

They seemed bereft of attacking ideas in their opening defeat to England and their 1-1 draw with Czech Republic wasn’t much better. Only Finland, Hungary and Slovakia generated fewer xG than Croatia in the Group Stages and they’re coming up against a side that has barely allowed the opposition time to breathe so far.

Spain were almost completely dominant in all three of their group games but were frustrated by Sweden and Poland. However, all that frustration was released when Slovakia visited Sevilla and, after yet another missed penalty for the Spaniards, a ludicrous own goal on the half-hour mark opened the floodgates.

Luis Enrique’s side ran out 5-0 winners in the end and while it’s difficult to know exactly where they stand after demolishing such poor opposition it’s worth noting they are unbeaten in their last 11 matches.

I still don’t rate Spain against top tier opponents but they should have little problem dealing with Croatia here. The underdogs have lost six of their last 12 matches and have only won against Cyprus, Malta and Scotland in this period. 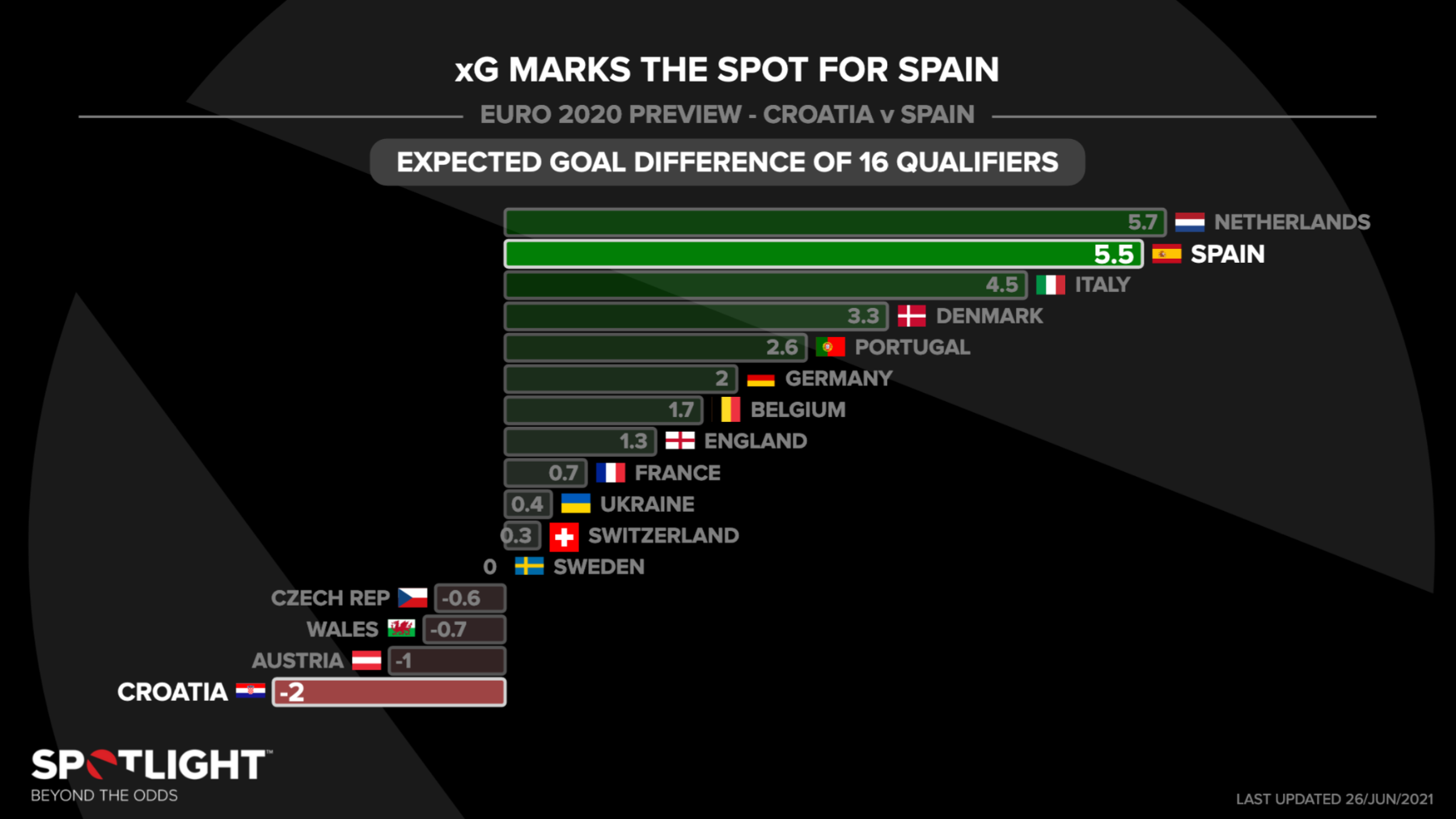 In fact, Croatia haven’t avoided defeat to any side in the top 30 of FIFA’s world rankings in this time, losing to France, Sweden, Portugal, Belgium and England. Only Netherlands (7.6) have generated more xG than Spain (7.3) so far this tournament and backing them to get the win is my choice.

Enrique’s men have kept a clean sheet in four of their last five games as well and with Croatia losing to nil against Slovenia, Belgium and England so far in 2021 a 2-0 correct score prediction also appeals.

If you’re dipping your toe into the anytime goalscorer market it’s worth considering Alvaro Morata. He has drawn his fair share of criticism in Euro 2020 but he scored against Poland and only Robert Lewandowski (12) has attempted more shots than the 28-year-old. 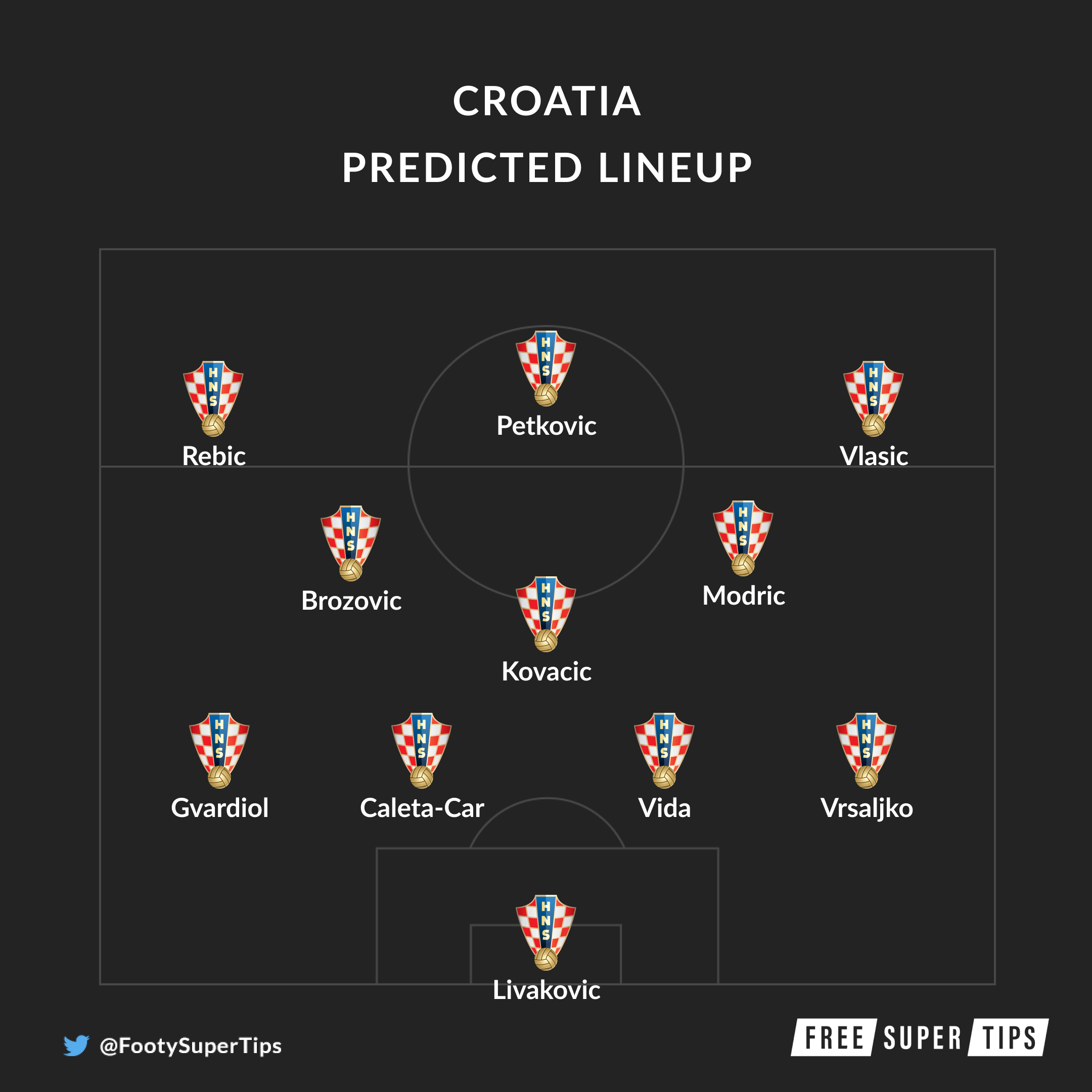 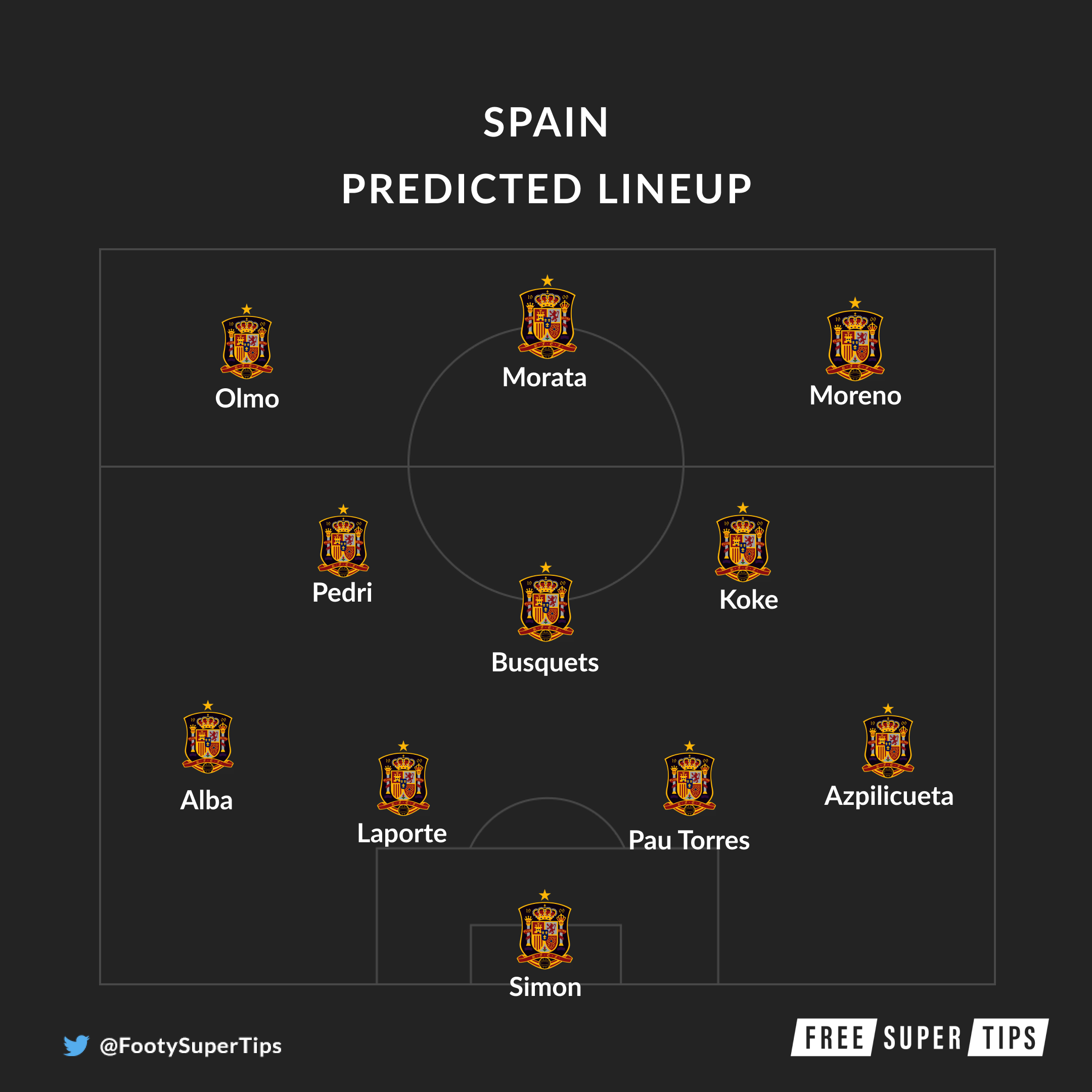