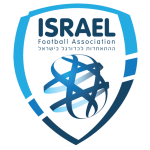 Czech Republic and Both Teams To Score @ 13/5

Czech Republic and Both Teams To Score

Czech’s to Confirm Superiority Over Israel

Czech Republic edged out Israel 1-2 in last month’s reverse fixture and we can probably expect a similar result when the sides line-up in Prague this Sunday.

Sitting four and five points respectively behind Scotland in League B-2, both teams need a win here to retain any faint hopes of topping the section, however, lingering aspirations could be scuppered by kick-off if the Tartan Army beat Slovakia earlier in the day.

With four wins from their last six at home, the Czech’s undoubtedly look best placed to come out on top at Doosan Arena and they turned in a decent performance against Germany in midweek, despite losing 1-0.

After getting the better of Israel in October, Jaroslav Silhavy’s side will be confident of repeating the trick and their odds-on favouritism is justified here based on their recent home form and Israel’s troubles in general.

Unlike the Czech’s, Israel won’t feature at Euro 2020 next summer after losing their Play-Off to Scotland and they have now won just two of their last dozen internationals, losing 12. Their record on the road is poor with just one win and four defeats in seven, so it’s hard to envisage them turning last month’s tie around in Prague.

While likely winners, the Czech’s odds are far from tempting so it’s also worth throwing both teams to score into the equation, as neither side have kept a clean sheet in their four Nations League matches thus far. Alongside this wager, we’re also recommending a 3-1 correct score as we expect the hosts to win through fairly handily.