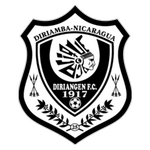 Diriangen won 2-0 at home to Deportivo Octal to make it 12-games unbeaten in all competitions while Deportivo Las Sabanas played out a 1-1 draw with Chinandega to make it 10-games without a win in league and cup.

Dirinagen are unbeaten in their last twelve matches in all competitions and have scored 2 or more goals in eight of those games, while Las Sabanas haven’t won any of their last ten matches in league or cup and find themselves 2pts adrift at the foot of the table.

The visitors are looking strong at the back having kept four clean sheets in their last five games and will be confident of keeping another on Wednesday as Las Sabanas have failed to score in four of their last six matches.