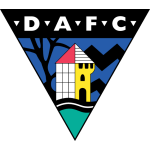 Hearts and Both Teams To Score

Reason For Dunfermline vs Hearts Predictions

Dunfermline Athletic and Hearts meet for the first time in league action since 2012 this Friday evening and it’s The Jam Tarts who are expected to edge matters at East End Park.

Hearts have responded well to their relegation thus far and odds of around 1/7 for them to win the Championship this term look just about right based on early evidence.

Robbie Neilson’s side have won three from three and should extend their unbeaten start to the campaign this Friday – although they’re likely to face their stiffest test to date against a Dunfermline side who have won three and drawn one of their first four league starts.

The hosts appear a much-improved outfit compared to the side that finished sixth in 2019/20 and a Play-Off push won’t be out of the question for The Pars.

We expect Hearts to have a bit too much class for them this week, but Dunfermline can definitely make a game of it and get on the scoresheet after netting ten goals in their opening four matches. Hearts will have to work hard for this one, so we’re also forecasting a 1-2 correct score in favour of the visitors.