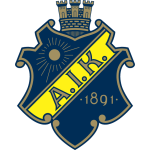 Falkenbergs may have started the season impressively with four points from two games, but their form rapidly deteriorated and they now find themselves rock bottom of the Swedish Allsvenskan after 15 matches.

That being said, a win on Sunday could move them as high as 11th and would definitely see them move off the bottom of the table as they face an AIK side just a point above them after a dreadful run of form.

The visitors lost again in midweek to extend their winless streak to seven league games, five of which have ended in defeat. In fact, they have only won three of their 15 games all season and two of those came in the opening three weeks of the campaign.

Falkenbergs may be struggling, but they have only lost two of their last seven league outings and backing them to get something from this shambolic AIK side looks excellent value for money.

We’re expecting the spoils to be shared in the end, with four of Falkenbergs’ last seven games ending all square. Two of these have been high scoring 2-2 draws, and with AIK playing out a 2-2 stalemate away from home against Varberg in July we fancy that for our correct score prediction.

Alex Wrigley August 14, 2020 alex.wrigley@freesupertips.co.uk @Wrig90
Content Manager at Free Super Tips, Alex was born in the shadow of Old Trafford and is an avid Man Utd fan. After graduating from university he combined his love of football, writing and betting to join FST and now closely follows goings-on in all of the top European leagues.