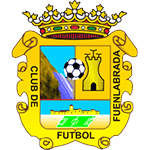 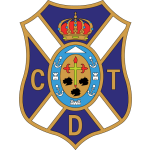 Fuenlabrada vs Tenerife predictions for Friday’s match in the Segunda Division. Mid-table rivals Fuenlabrada and Tenerife go head to head in the second tier of Spanish football this Friday. Read on for all our free predictions and betting tips.

Reason For Fuenlabrada vs Tenerife Predictions

Tenerife lost 1-0 at home to Fuenlabrada back in September and the pair are level on 39pts in the Segunda Division table heading into Friday’s clash, where the form guide suggests that the visitors are the favourites to secure all 3pts.

Fuenlabrada lost 2-0 away at Huesca last time out and have now failed to win any of their last 13 league games. Friday’s hosts have failed to score in five of their last six matches and appear to be suffering from a crisis of confidence, something Tenerife will be looking to exploit.

The visitors have won four of their last six matches and have kept clean sheets in three of their last four outings. Under 2.5 goals have been scored in 60% of the hosts’ home games and 53% of the visitors’ away trips this season, so you can see why we have predicted another low-scoring 90-minutes this Friday.

Tenerife score an average of 1.20 goals per away game and we have predicted a final scoreline of 1-0 in the visitors’ favour. Under 2.5 goals have been produced in each of Ternife’s last four matches, two of which have ended in 1-0 wins, and the three previous encounters between these two clubs also saw fewer than three goals scored.

James Kelbrick June 10, 2020 james.kelbrick@freesupertips.co.uk
James is an Everton fan from Chester who started a football blog shortly after leaving university and it wasn't long before he was offered a freelance position at a football tips and predictions website. James made the move to FST in 2017 and now specialises in the Portuguese Primeira Liga and the Eredivisie.