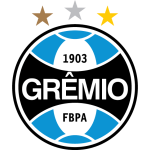 Gremio vs Sport Recife predictions for Thursday night’s Brazil Serie A clash. Sport Recife hope to break out of their winless run in the Brazilian Serie A when they visit Gremio. Read on for all our free predictions and betting tips.

Gremio, despite a 2-1 defeat in the second leg, clinched the Gaucho Championship at the weekend as they trumped Caxias 3-2 on aggregate. However, their Serie A campaign hasn’t been quite so successful.

In fact, the hosts are winless since the opening day of the season and come into this having drawn four consecutive league matches. They are still unbeaten, but it’s a disappointing points tally and they don’t look like they justify such a heavy favourites tag for this one.

Sport Recife are in poor form too, failing to win each of their last five matches and also without a win since the opening weekend in Serie A. They do have a good record against Gremio though, losing just one of their last eight clashes in Serie A and winning on five occasions.

This record, plus the fact that Gremio are struggling to win at the moment, makes these odds for a Sport Recife win or draw double chance very appealing indeed. We’re backing that along with Gremio’s third 1-1 draw of the season for our correct score prediction.