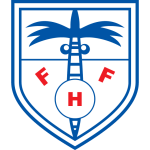 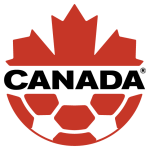 Haiti vs Canada predictions for Sunday’s Gold Cup quarter-final at NRG Stadium. After winning their group, can Haiti upset the Canadians? Continue reading below for all our free tips and predictions.

Reason For Haiti vs Canada Predictions

Considering that they were up against the likes of Bermuda and Nicaragua, Haiti were always going to have a chance of making it out of Group B, but few people would’ve expected them to come through as group winners. After winning each of their three group games, Haiti will fancy themselves to upset the Canadians, who progressed to this stage after finishing second behind Mexico in Group A.

Haiti certainly showed that they’re no mugs during the group stages, not only winning three out of three, but scoring six goals and conceded just two. First time out, they offered lots of creativity, as they posted a mightily impressive 4.71 expected goals for against Bermuda, while they only shipped 1.08. Such numbers show us that they were good value for a wider-margin victory.

Offensively, Haiti weren’t as impressive on match-day two, but they were more solid all round, as they scored twice, conceded none, created 1.16 expected goals for and conceded 0.61. Against Costa Rica, their defensive exploits were exposed, as they shipped 1.7 expected goals, though they once again looked good going forward, creating 1.59.

Canada also shone from an attacking point of view during the groups, as they scored a staggering 14 goals. Not only did they score so many, but they averaged a very pleasing 3.74 expected goals for. Of course, they were aided by being in a group with minnows Cuba and Martinique, but as the old saying goes, you can only beat what’s in front of you.

The slight concern for boss John Herdman will be just how easily Canada gave up chances against Mexico. Haiti don’t offer the same level of creativity or end-product, though we’ve seen that Canada’s opponents aren’t weak, so it’s not terribly difficult to see the Canucks struggling defensively at times. After all, for all they did beat Cuba by seven goals to nil, they did surrender some chances. To concede 0.95 expected goals against absolute minnows, who were the whipping boys of the competition, isn’t great.

Given what we saw from this pair during the groups, ‘Over 2.5 Goals’ is very easy to fancy at the current prices. Neither side has opted for a defensive approach at this tournament, while both look reasonably easy to get at. After Haiti both scored an conceded against Costa Rica, posting 1.59 expected goals for and conceded 1.7, and after Canada both scored and conceded against Mexico, creating 1.28 expected goals for and conceding 2.58, the chances of goals arriving at NRG Stadium on Sunday appear to be slightly greater than the current odds suggest.