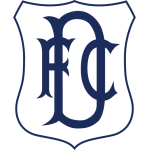 Hearts vs Dundee predictions for Friday’s clash in the Scottish Championship. Read on for our free betting tips and predictions as the new season gets underway.

Reason For Hearts vs Dundee Predictions

After finishing just shy of safety before the Premiership was shut down in March, Hearts are expected to make a strong start in the Championship this weekend. However, our predictions back trouble for the relegated side.

Like Hearts, Dundee started off with a 100% record in their Scottish League Cup games. That extended a good run for the visitors, who are now unbeaten in their last eight competitive games.

Meanwhile, the visitors had one of the best away records in the second tier last season. Their main fault was their lack of wins, but overall Dundee lost just four of 14 games on the road.

Hearts won just once in their final seven league games last term and we expect them to struggle from the start here. Dundee Double Chance is our first prediction, while we’re backing the pair to share a 1-1 draw.