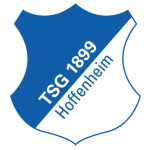 Bayern Munich and Both Teams To Score

Hoffenheim will host Bayern Munich this Saturday in German Bundesliga action. It may be fair to say that it’s never a ‘good’ time to face Bayern, considering the strength of the Bavarian giants’ squad. However, Bayern’s impressive form in recent weeks may add an extra level of concern for Hoffenheim going into this weekend’s game.

Bayern will attempt to extend their current unbeaten Bundesliga run to 10 straight games in Saturday’s fixture. Furthermore, the current league leaders have impressively won eight of their last nine German Bundesliga games. This includes each of their last four Bundesliga away games.

Bayern have earned 23 points from their 11 Bundesliga away games this season. Only RB Leipzig have currently earned more points than Bayern away from home during the 2019/20 Bundesliga campaign.

In contrast to the visitors, Saturday’s hosts haven’t been particularly impressive lately. Hoffenheim have been inconsistent at best in recent weeks. They have failed to win each of their last three Bundesliga games going into Saturday’s fixture. Hoffenheim have earned just seven points over their last six Bundesliga games, which is less than half of the 16 points that Bayern have earned in that time.

This game may produce goals at both ends

We feel that Bayern may have a good chance of earning three points here given their recent form. We also feel that both teams may get on the scoresheet here. We are backing Bayern and both teams to score in this one.

View Prediction
FSV Mainz 05
Sign Up To Our Email Newsletter