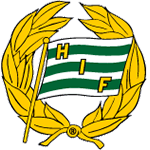 IFK Goteborg vs Hammarby predictions for Thursday’s Swedish Allsvenskan tussle at Gamla Ullevi. Draw specialists Goteborg host in form Hammarby in the Swedish top flight. Read on for all our free predictions and betting tips.

Goals at either end anticipated in Goteborg

Draw specialists Goteborg’s remarkable run of sharing the spoils in the Allsvenskan continued just before the international break, when they were held to a 1-1 tie at Mjallby.

Hammarby meanwhile, travel to Goteborg armed with a fine record of just one defeat in eight, but like their hosts, they have found it difficult to turn draws into wins, and the Bajen took a point in 50% of those eight aforementioned contests.

It’s also worth noting that both teams registered in seven of those eight matches, and the evidence suggests we should expect goals at either end when Hammarby meet Goteborg this week.

The teams drew 1-1 when they faced off earlier in the current season – a scoreline Goteborg are all too familiar with having drawn 1-1 in three of their last five games. Another 1-1 draw look a likely outcome when the sides renew acquaintances on Thursday, making that result a solid correct score prediction alongside our both teams to score forecast.

Simon Winter September 9, 2020 simon.winter@freesupertips.co.uk @simonjwinter
Born in the south east of Ireland, Simon put his life-long love of football to good use when he started a successful independent blog in 2010. That opened up an alternative route to a career in journalism, and having had work published across a number of sites and publications, Simon joined the staff at Spotlight Sports Group in 2018.