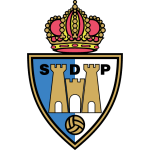 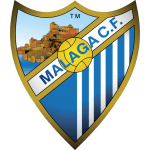 Reason For Ponferradina vs Malaga Predictions

There has been no inbetween from Ponferradina in the Segunda Division this season with the home side having won five and lost six of their 11 league matches and another defeat could await them against Malaga.

Ponferradina comfortably dispatched basement boys Alcorcon in their last away contest but have struggled against the division’s stronger units, losing to Espanyol and Mallorca either side of that win without scoring.

Malaga may not quite be on the level of the aforementioned duo but they still have three wins in their last six contests and should have enough to edge the hosts.

A Malaga win looks a solid bet but Ponferradina have scored ten times in the league this season and could get on the scoresheet so we predict 2-1 in terms of a correct score.

Liam Flin November 13, 2020 liam.flin@racingpost.com
An Arsenal supporter and occasional match-goer, Liam has been involved in football journalism for a number of years and joined the Spotlight Sports Group in 2018. He is studying for a degree in German and Spanish, can speak French too and is particularly interested in the Bundesliga and La Liga.