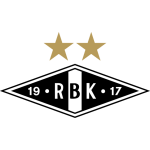 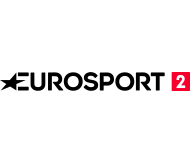 Rosenborg vs Viking predictions for Thursday’s Norwegian Eliteserien fixture at the Lerkendal Stadion. Rosenborg won five of their last six encounters with Viking. Read on for all our free predictions and betting tips.

Rosenborg have the edge over Viking

Both Rosenborg and Viking have endured inconsistent starts to the fresh Eliteserien campaign, putting 15 and 11 points on the board respectively after 10 rounds of Norwegian top flight fixtures.

However, Rosenborg have started to find their flow at the Lerkendal Stadion of late, and on Thursday they will be targeting their third win on the spin on their own patch under interim boss Trond Henriksen.

Viking come into their tough test in Trondheim in form following successive wins to nil over Haugesund and Sarpsborg, though their dismal recent head-to-head record in games against Rosenborg suggests their short winning streak could come to an end this week.

Rosenborg won five of their last six meetings with Viking, and with powered by the momentum gained from two victories from two at home, the Troillongan are worth baking to win again.

Viking, who registered in seven of their last eight Eliteserien matches and in each of their last two clashes with Rosenborg, have the attacking tools to notch a consolation however, and with the hosts averaging 2.0 goals per 90 minutes at home this season, a 2-1 Rosenborg win looks a solid correct score prediction.

Simon Winter July 28, 2020 simon.winter@freesupertips.co.uk @simonjwinter
Born in the south east of Ireland, Simon put his life-long love of football to good use when he started a successful independent blog in 2010. That opened up an alternative route to a career in journalism, and having had work published across a number of sites and publications, Simon joined the staff at Spotlight Sports Group in 2018.