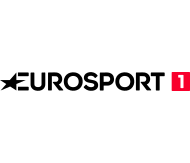 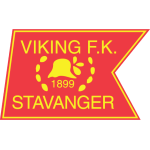 Brann vs Viking predictions for Sunday’s match in the Eliteserien. Brann look to maintain their 100% start to the campaign at home against Viking this Sunday. Read on for all our free predictions and betting tips.

Reason For Brann vs Viking Predictions

Brann got the new Eliteserien season off to a perfect start as they ran out 2-1 winners at Haugesund, while Viking were thrashed 4-2 in their own backyard by Bodo/Glimt. Viking finished above Brann last season and claimed the domestic double over this weekends’ hosts but Brann have started the new campaign sharply.

Each of the last six meetings between these two clubs have seen both teams score as have each of Viking’s last five matches in all competitions, so you can see why we have chosen to predict goals in this game for both clubs. The opening day of the campaign saw both teams score and over 2.5 goals in Brann and Viking’s matches and we’re expecting more of the same on Sunday.

Brann head into the game as the form favourites with two wins, two defeats and one draw from their last five competitive and non-competitive matches. With the home advantage on their side and with a win under their belts, we’re predicting a 2-1 win for Brann this weekend and the recent head to head record between the two clubs suggests that both teams and over 2.5 goals will be produced will score on Sunday, which ties in perfectly with our final scoreline prediction.

James Kelbrick June 18, 2020 james.kelbrick@freesupertips.co.uk
James is an Everton fan from Chester who started a football blog shortly after leaving university and it wasn't long before he was offered a freelance position at a football tips and predictions website. James made the move to FST in 2017 and now specialises in the Portuguese Primeira Liga and the Eredivisie.