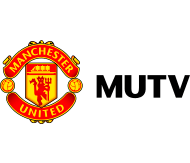 Salford City vs Manchester United U21 predictions for Wednesday’s EFL Trophy clash at the Peninsula Stadium. Salford meet Man Utd’s U21s in this eagerly anticipated derby cup clash. Read on for all our free predictions and betting tips.

Reason For Salford City vs Manchester United U21 Predictions

Can Salford turn over their neighbours?

It’s derby day on Wednesday evening, when Salford City host Manchester United’s U21s in an EFL Trophy Northern Group B contest at the at the Peninsula Stadium.

United’s reserves topped their group with three wins from three at the same stage of last year’s competition, however with Brandon Williams and Mason Greenwood part of the first team set-up, Tahith Chong on loan at Werder Bremen and Angel Gomes out the door, the visitors won’t be quite as strong this season.

Salford, who saw over 2.5 goals scored in seven of their final 10 home games last season, will fancy their chances of turning over their youthful upstart visitors this week, and that should in turn open up spaces to counter attack for the away team’s pacey, if inexperienced frontline containing Anthony Elanga and Dillon Hoogerwerf.

United will lack a physical presence in central defence however, and Salford have the muscle and knowhow to create chances. With those factors considered an exciting game is on the cards in Salford, which makes the over 2.5 goals market worth considering for Wednesdays game, while our correct score prediction points towards a 2-2 draw.

The Red Devils notched exactly two goals in three of their four EFL Trophy assignments last year, and while another brace is within their capabilities, the hosts should be expected to carve holes in a rearguard lacking leaders.

Simon Winter September 7, 2020 simon.winter@freesupertips.co.uk @simonjwinter
Born in the south east of Ireland, Simon put his life-long love of football to good use when he started a successful independent blog in 2010. That opened up an alternative route to a career in journalism, and having had work published across a number of sites and publications, Simon joined the staff at Spotlight Sports Group in 2018.