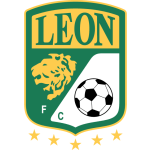 Santos Laguna vs Leon predictions for Monday’s Liga MX clash. Santos Laguna arrive as favourites to win what should be an open game. Read on for all our free Liga MX predictions and betting tips.

Santos Laguna and Both Teams To Score @ 13/5

Santos Laguna and Both Teams To Score

Whilst Santos Laguna showed their ability over the Apertura phase of the season, they were left with nothing to show for it and that leaves motivation high coming into this Clausura phase. Indeed, the side topped the regular portion of the opening stage but then fell to an immediate 6-3 aggregate defeat to eventual winners Monterrey in the play-offs, leaving a sense of a need for redemption in the camp.

A 2-1 defeat away at Tijuana last weekend ranked as a poor start to the closing phase for Santos Laguna but confidence can at least be high coming into Monday’s game, given their strength as hosts. Indeed, the side have won 10 of their last 12 Liga MX matches in front of the home crowd and having plunged home an average of 2.91 goals a game over said fixtures, it’s not hard to see why.

Leon looking for positive away result

Meanwhile, Club Leon followed a similar path to Santos Laguna over the opening phase, putting in some impressive showings in the regular portion before falling short in the play-offs. Indeed, the side came 2nd in the regular table standings but then crashed out of the play-offs at the first hurdle up against Monarcas Morelia.

Nonetheless, Leon kicked things off well last weekend with a 3-1 win over Queretaro and confidence won’t be in short supply prior to making this trip. The visitors have the attacking quality to trouble any opponent and will be looking to put in an aggressive showing but it does have to be said that the fact that they’ve lost their last 3 trips to face the hosts has to be a concern.

Goals are expected at both ends but the hosts should win

Ultimately, we’re expecting an open and exciting game between two of the more attacking outfits in Liga MX. Both teams have attacking quality in abundance and play with aggressive styles and that should ensure Monday’s fixture is a dynamic and fast paced affair.

All things considered, with goals looking on the cards, we see good value in backing a home win in combination with both nets being hit; a line available at a very appealing price. Santos Laguna have won 10 of their last 12 Liga MX matches and 8 of said games have seen goals at both ends; themes we fancy to continue via a 3-1 margin of home victory. 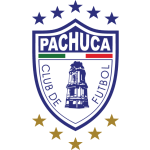 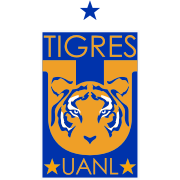 Tigres
Free Bets & Offers
Sign Up To Our Email Newsletter