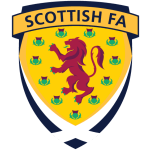 Czechs to bite back after September defeat

Scotland took themselves to within one game of qualifying for Euro 2021 last week and continued their promising stretch of form with victory over Slovakia on Monday.

They are now unbeaten in a year, winning five of their seven games since a 4-0 drubbing in Russia last October. This includes a 2-1 win over Czech Republic last month, but things are expected to be tougher for the hosts this time.

That last encounter saw Czech Republic field an extremely weakened side after a coronavirus outbreak, but they have since recovered to win their last two matches.

None of the starting lineup from last month’s meeting started in their 2-1 win over Israel on Sunday, so this could be a very different match despite Scotland’s excellent form.

What we can expect are goals at both ends, however. Scotland have scored in six of their last seven matches and face a Czech Republic side that have conceded in each of their last eight outings, so backing both teams to score looks a good value offering.

In the end we think the Czech’s can put an end to Scotland’s unbeaten run. Their second string starting lineup ran Scotland close last month and they have won each of their last three away games. Two of these have been by a 2-1 scoreline, so we’re opting for that for our correct score prediction.