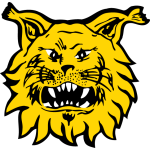 It’s been an inconsistent start to the season for Ilves, who have won just two of their last nine league games. They head to a Shamrock Rovers side who are making great progress domestically, with the hosts winning seven of their last nine.

The hosts have good form to build upon in this competition as well, having won back to back home games. Their wins over Brann and Apollon point to a victory for the Irish side here. This is just Ilves’ third European tie of the century, having lost the last two.

In their history, the visitors have lost nine of their 12 European ties, while Shamrock Rovers look strong enough for the points. With the hosts winning 2-1 in consecutive home matches in the Europa League, a repeat of that scoreline is our correct score prediction.