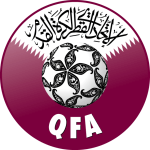 South Korea vs Qatar predictions for Friday’s Asian Cup fixture at ZSC Stadium. Having scraped through against Bahrain, South Korea will be looking to offer more, especially in the final third. Continue reading below for all our free tips and predictions.

Prior to the tournament, the South Koreans were expected to make plenty of headway, and while they’ve not yet crashed out, they’ve not exactly created the most positive impression. They were narrow winners against minnows Philippines and Kyrgyzstan, while they needed extra time to see off Bahrain in the last-16. Paulo Bento’s men will need to up their game if they’re to get the better of a Qatar side that has looked strong over the first four match-days.

To say that South Korea underwhelmed last time out would be an understatement. Considering that they were up against relatively weak opposition and considering that they went into the match as heavy odds-on favourites, Paulo Bento’s men really ought to have done a lot more. They were wasteful in position, looked lacklustre at times and failed to create many openings, as the fact that they recorded just 0.68 expected goals for suggests. The fact that they shipped 1.13 is displeasing too.

Prior to their last-16 match against Bahrain, South Korea had been creating quite a bit, though they’d also looked weak in terms of end-product. Only once have the pre-tournament favourites scored more than a single goal in 90 minutes, which is very poor given the level of opposition faced. Unless they improve, then Qatar could easily cause an upset on Friday.

Qatar also were not at their best in the last-16, but they looked much more secure at the back than South Korea did, while they also offered moments of quality in the final third.

Going forward, if both were at their best, then Qatar may struggle to match the South Koreans, though where they can better their opponents is at the back. While South Korea looked dodgy in defence in their last match and on occasion during the group stages, Qatar have looked solid and have ultimately given very little away. As things stand, Qatar have the joint-best defensive record at this tournament and are one of just two teams to boast a 100% clean sheet record.

Aside from letting in no goals, Qatar have presented their opponents with very few scoring chances. Only Iran have conceded less expected goals than Qatar, who’ve given up a measly average of just 0.43, which is nearly half the amount surrendered by South Korea on average.

In truth, based on their efforts at this tournament so far, it’s tough to see why the South Koreans are so short in the betting. Yes, they do have one or two classy individuals, but their performances as a team have been poor, while Qatar have looked very strong as a collective. At the prices, a small bet on Félix Sánchez Bas’ men to avoid defeat is a must at a price that simply looks too big.