Swansea put in their first somewhat disappointing performance of the season last weekend when they travelled to the north east to face Sunderland.

They took a lead through Bafetimbi Gomis, but Jermain Defoe levelled and Swansea did everything but get the ball in the net after that. Gomis was denied by a world class save from Pantilimon after new signing Andre Ayew hit the woodwork.

They are still unbeaten this season though, with a draw against Chelsea and a comfortable win over Newcastle preceding the draw with Sunderland. Since then, they have beaten York City in the Capital One Cup second round despite their second string starting 11.

This is all very positive from the South Wales club, but they will come against a relatively well organised and sturdy Manchester United back line on Sunday.

Man United haven’t conceded yet in the league, and have only conceded once in their 5 competitive games so far this season.

Their 4-0 victory In Bruges (excuse the pun) saw Wayne Rooney finally put in a good performance after much criticism of his form so far. Ander Herrera also staked his claim to a starting position with a second half goal.

They have looked threatening going forward at times this season, and it was only thanks to excellent defending from Newcastle that they didn’t get a win last weekend.

Their 7 goals against Club Brugge in their Champions League playoff will surely boost their confidence in going forward, and with talents such as Depay, Rooney, Mata, and Januzaj around it’s only a matter of time before they start scoring domestically.

Considering 5 of the last 6 matches between these sides has ended with 3 goals or more scored, we think this could be the time for them to bag a few goals. Odds of 21/20 for Over 2.5 Match Goals look very good value. Odds of 20/1 for a 3-1 Man United win look really good value too. 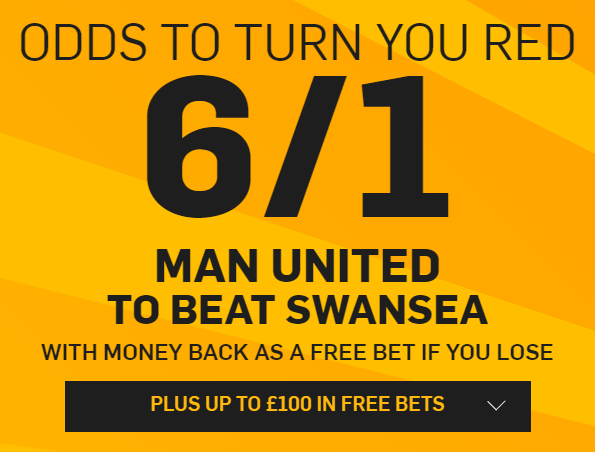