Telstar vs Go Ahead Eagles Predictions 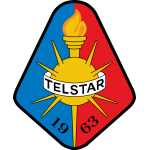 Reason For Telstar vs Go Ahead Eagles Predictions

Stalemate on the cards at Telstar Stadion

Telstar may have dropped yet more points at AZ Reserves last time out, but Tuesday’s hosts have proven difficult to beat this season and can cause Go Ahead Eagles some problems at the Telstar Stadion.

They have lost just two of their ten Eerste Divisie games so far and find themselves in the hunt for promotion, while the visitors come into this game three points adrift of Telstar and having won just two of their last eight league matches.

Go Ahead Eagles have, however, found the net in four of their last six Eerste Divisie matches and the Witte Leeuwen defence leaves a lot to be desired. Telstar have kept just one clean sheet all season, although they have scored in nine of their ten fixtures too.