Euro 2020 finally gets underway on Friday and for those in the know it’s looking like a very exciting curtain-raiser in Rome. Tipped as dark horses by many, Turkey bring a youthful and exciting squad to the European Championships but they could come unstuck against an Italy side that have been heavily backed over the last few days.

Tipped by us at 11/1 in our outright winners article, Italy have already been backed in to 8/1 after a 4-0 demolition of Czech Republic on Friday.

That victory made it eight wins in a row for Roberto Mancini’s side and extended their unbeaten record to 27 games, so there’s every reason to believe they’re in with a good chance here.

Turkey to come unstuck in Rome

Turkey aren’t a side to be underestimated, though. Veteran manager Senol Gunes has a squad full of youthful energy and spearheaded by experienced and in-form striker Burak Yilmaz.

They have lost just one of their last 13 games and that includes some stunning results, with the cherry on the cake being a 4-2 mauling of Netherlands in which Yilmaz bagged a hat-trick.

Yilmaz’s excellent form for club and country makes him the key to Turkey’s attacks and after averaging 1.2 shots on target per game this season he’s the perfect option to test Gianluigi Donnarumma on Friday.

That victory – plus the ones against Russia and Norway in the past year – was undoubtedly impressive, but Italy are a step up in quality and that could prove too much for this inexperienced side.

Goals on the cards for the Azzurri

Gli Azzurri qualified with a perfect record and look the form side coming into this summer’s tournament. The quality of their opposition during their recent run has been called into question, but a 4-0 win over Czech Republic suggests they can up their game when needed and it’s hard to back against them here.

They have scored at least twice in each of their last eight games and face a Turkey side hell-bent on attacking. This attacking spirit has seen them ship two or more goals against Latvia, Netherlands, Hungary, Russia, Croatia and Serbia in their last ten matches and I’m backing the Italian attackers to have a field day in Rome.

Italy’s defence has been impenetrable lately but they’re coming up against a much more attack-minded opponent in Turkey and we do see the favourites conceding. Turkey have scored in 11 of their last 13 games, so a 2-1 correct score prediction appeals.

If you’re in the market for an anytime goalscorer pick, you can’t go far wrong with Ciro Immobile. One of our Euro 2020 top scorer picks, Immobile plays through the centre for the national team and heads to the European Championships off the back of a typically prolific campaign.

The Lazio man scored 25 times for his club this season and has scored in three of his last four appearances for Italy. Back him to test this porous Turkish defence.

It’s worth looking to another of Italy’s attackers when considering the cards market, too. Lorenzo Insigne plays off the left for Italy and the Napoli man drew 1.1 fouls per game in Serie A last season.

Turkish right-back Mehmet Zeki Celik was booked ten times for Lille last season and picked up three in his last six appearances, so he could find his way into the referee’s bad books here. 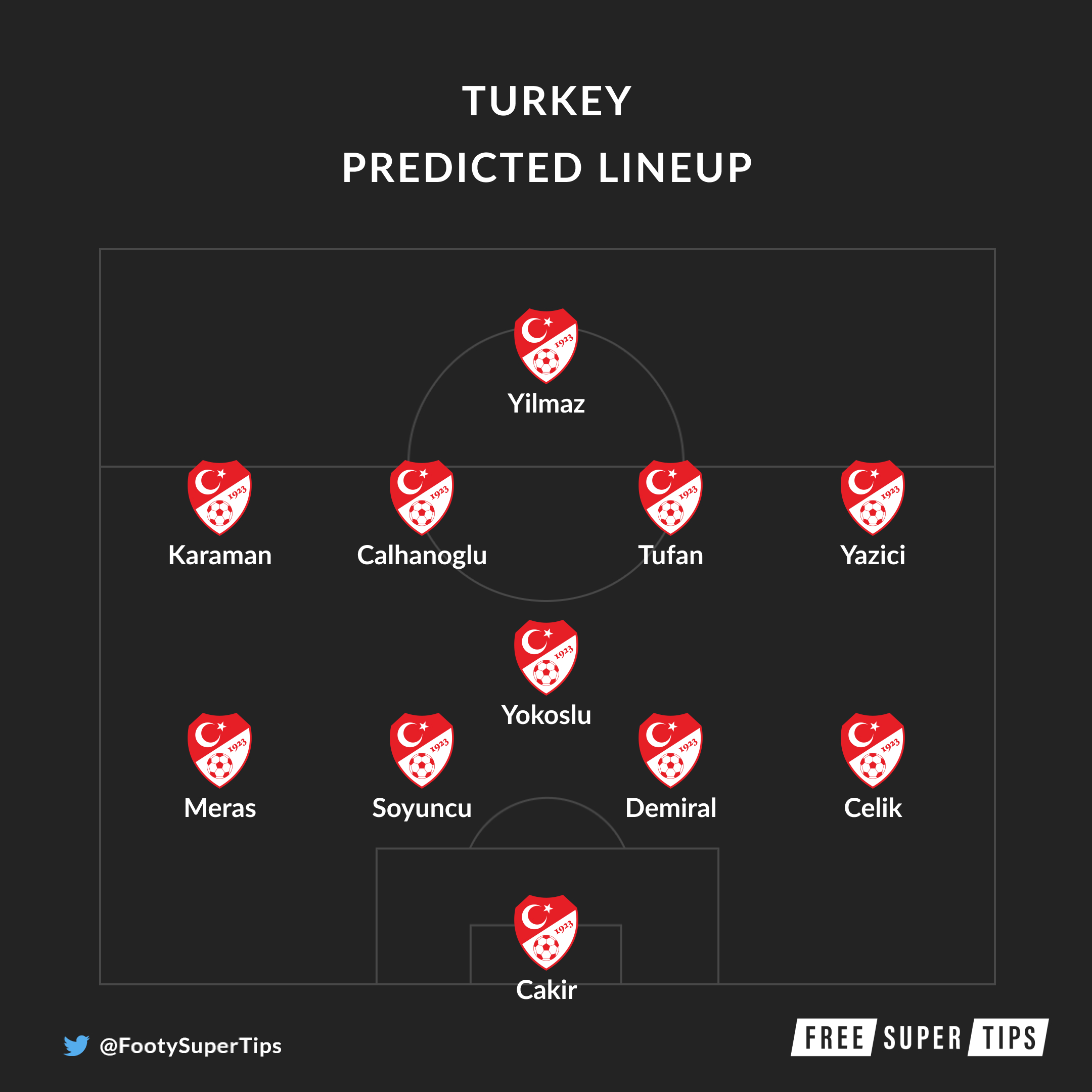 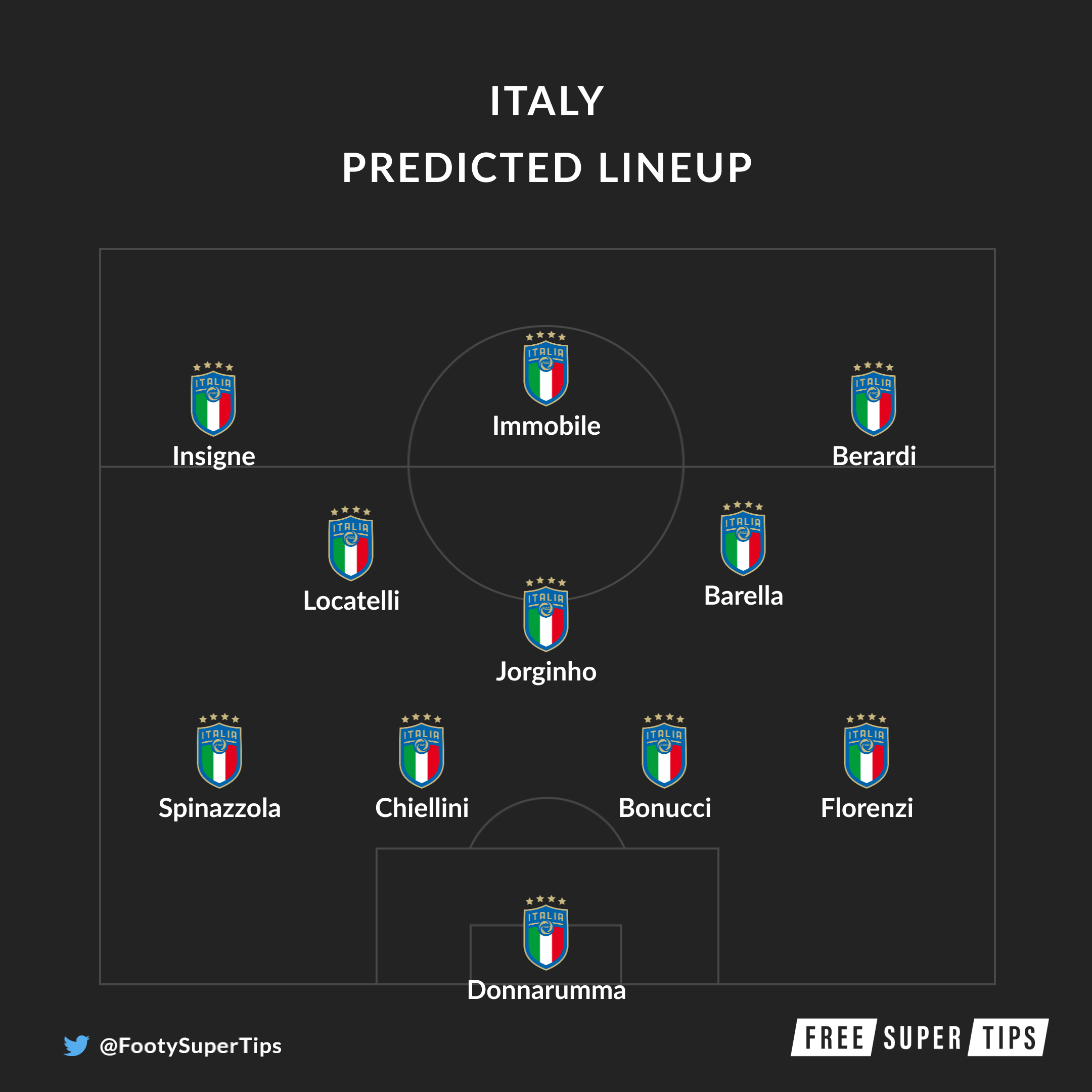 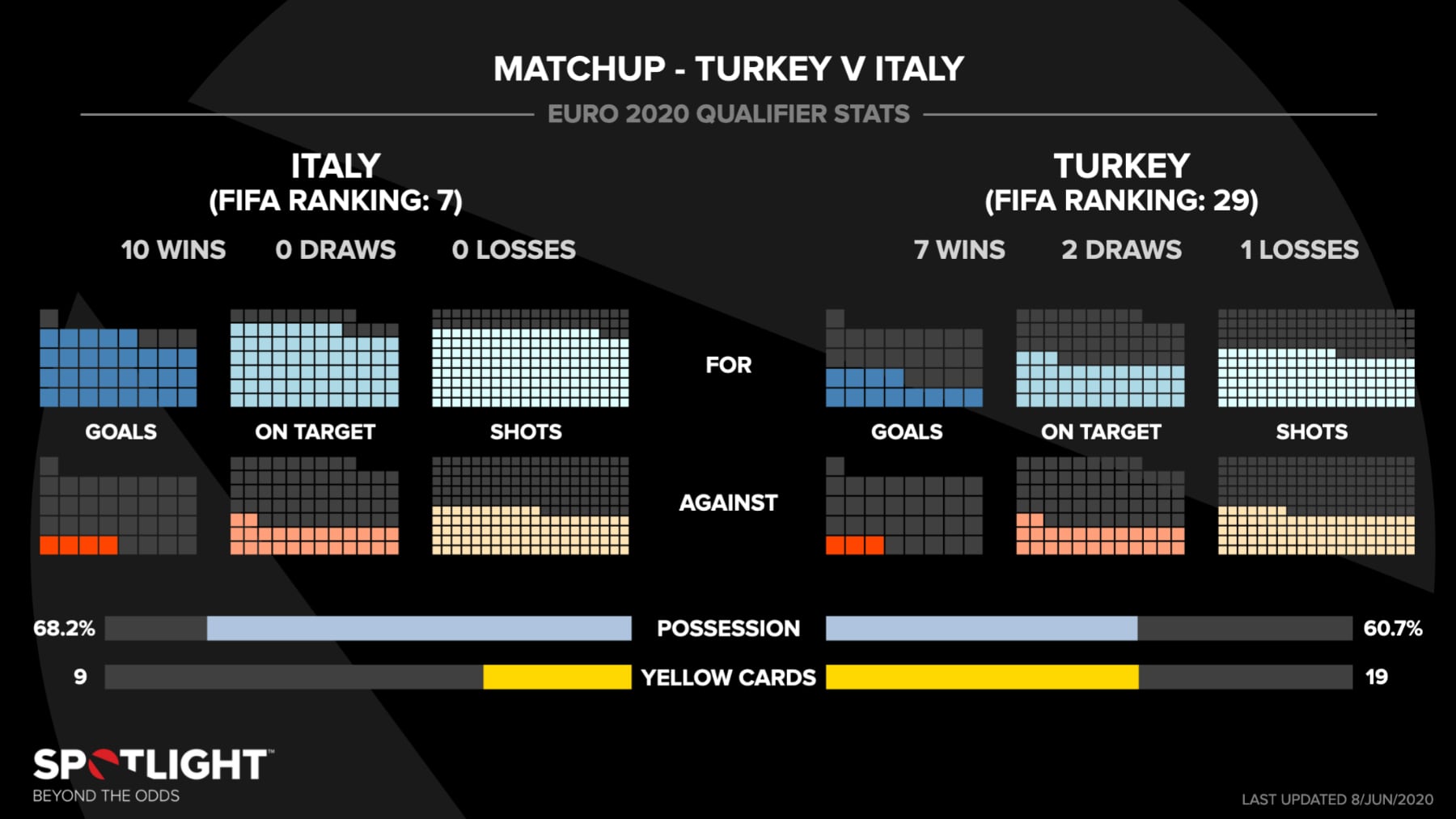