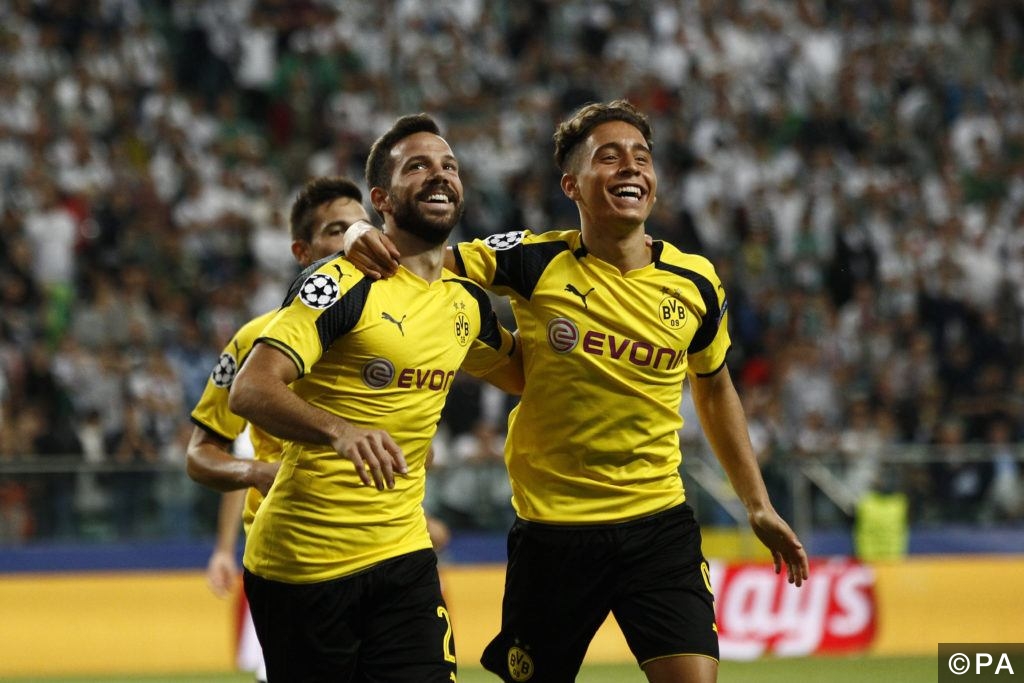 Another accumulator winner on Tuesday night for FST, just two days after the 19/1 win accumulator landed on Saturday.

You can find all of our free football tips on a daily basis on our website under the “football tips” tab at the top of the page. All tips go on site around 12pm (midday) at the very latest, but also going on site at 10pm on weekends, ready for the following day.

Our five fold accumulator tip was spread out all over Europe this evening. We had legs in Croatia, Denmark, Germany, Monaco & Portugal.

We started in Croatia. Dinamo Zagreb v Lyon – we were rooting for a Lyon win. A very boring one sided encounter for the most part of this game, in which Lyon dominated. Dinamo created very little but finally we saw the deadlock broken by Alexander Lacazette with twenty minutes to play. Final score: 0-1.

Over in Denmark, we had FC Copenhagen to either draw or win against a travelling FC Porto side. A boring 0-0 goalless draw was played out by these two sides, with leg two of our tip landing. Final score: 0-0.

A record breaking Champions League game took place in Germany on Tuesday night. The record that was broken was the most goals scored in a single match. Dortmund hosted Legia Warsaw with most believing Dortmund would see the visitors off in a very easy fashion. One of those believers was FST. We backed Dortmund -2.0 Asian Handicap, in other words, we needed them to win by three goals plus for full returns or by two goals for this leg to be void. An unruly start from the German side allowed Legia to take a very early lead. However, what was to follow was simply a pure majestic game of football with goals galore. Within ten minutes of Legia taking the lead, Dortmund had escalated to a 3-1 lead. In the next twelve minutes, Dortmund had scored twice more and conceded again, to go 5-2 up at half time. The goals did not stop there. The second half finished 3-2 to Dortmund, totalling a massive 8-4 victory for the hosts. Final Score: 8-4.


Over in Monaco, we had Monaco Draw No Bet against a Spurs side who cannot seem to find the form of last season’s Premier League campaign at the moment. The first half ended 0-0 with Falcao of Monaco missing a penalty. Monaco flew out the blocks in the second half though, with Djibril Sidibe finding the net inside three minutes of the restart. Spurs equalised through a Harry Kane penalty but Thomas Lemar grabbed a winning goal for Monaco to win. Final Score: 2-1.

Last but not least, we needed Over 2.5 Match Goals & Both Teams To Score in Portugal for the game between Sporting Lisbon and Real Madrid. This game was not very eventful in the first half despite Raphael Varane scoring for Madrid in the thirty minute mark – 1-0 to Real at the break. A more entertaining second half showing saw more goals and even a red card for an off the ball incident. Mateo Kovacic received a dig to the guts from Joao Pereira after sixty four minutes. Against the run of play, Sporting were given a penalty which Adrien Silva duly converted. However, with the one man advantage, Madrid forced Sporting back into their defensive third and scored via a Karim Benzema goal. This meant there had been the BTTS & Over 2.5 Match Goals that we needed before the final whistle was blown. Final Score: 1-2.

Our followers suffocated us with their winning bet slips as soon as they realised their 10/1 bet had landed. Here are some of the bet slips we received via our Twitter page.

@FootySuperTips BOooooooM!!! Nice work evenings work chaps!! not too far off the mega Acca either!! pic.twitter.com/AScAyAxmae

@FootySuperTips placed in play and couldn’t find all markets, but happy for another winning tip pic.twitter.com/cYkRGelqyo