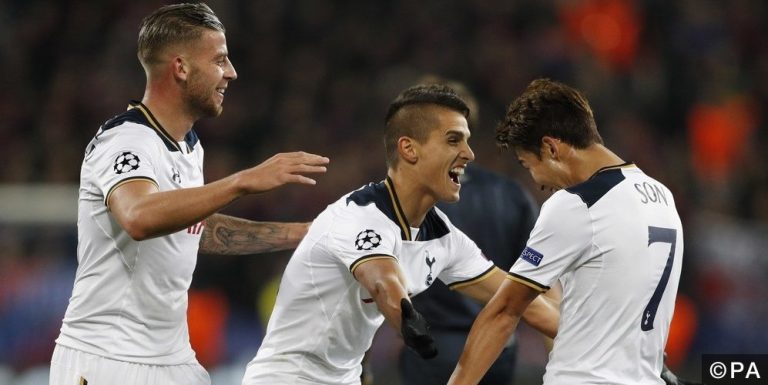 What a month for our Half Time Accumulators. On Tuesday night our inplay tipster landed an 10/1 winner in the shape of a 5 fold. This takes us to £582 profit for the month of September. The bet was spread out over 5 games in England’s Football Leagues and Europe’s most elite competition, the Champions League.

All our tips kicked off at 7.45pm tonight, therefore our half time acca was published on Twitter around 8.30pm. We started off with Sheffield United to score at home to Bristol Rovers. It was a quiet first 20mins of the second half in this fixture but Sheffield United managed to find the net to land the first leg.

Ten minutes into the second half of the FC Copenhagen match came the goal we needed from them. Sadly for their opponents, Club Brugge, it was an own goal. However, it was a goal we were more than happy to accept for our bet. The game went on to finish 4-0 to the home side.

Another game in the Champions League involved in this tip was Tottenham Hotspur to score away at CSKA Moscow. This was another game that was 0-0 at the break. Spurs come out and started well in the second half, so we felt a goal was coming. With little under 20mins left, the rejuvenated Son Heung Min squeezed the ball past Igor Akinfeev to put Spurs ahead. As it happens, that was the winning goal but this goal had landed leg 3 of the 5 needed.

The penultimate leg of our Acca was Millwall to score. We needed Port Vale who sailed to a 3-0 lead to concede. IT was looking a little gloomy entering the final 10mins of this game. However, with 6mins of the 90mins to be played, Millwall were given a penalty which they duly converted to take our 5-fold tip into it’s final leg.

It was all down to Grimsby. We needed them to score at home to Newport County in League 2. We had them as quite heavy favourites as part of our pre match tips on Tuesday, thinking they would manage to score at least 2 in this match – far from it. This game entered the last 5mins of the game at 0-0. Another late goal needed for our devoted followers, who were clinging on to this tip with everything they have. Finally, the breakthrough came and Grimsby managed to net late on in the 88th minute through a penalty to secure our win. The 10/1 Acca had won!

@FootySuperTips thanks guys, really needed that after a dismal few weeks pic.twitter.com/kKqG3I8brM