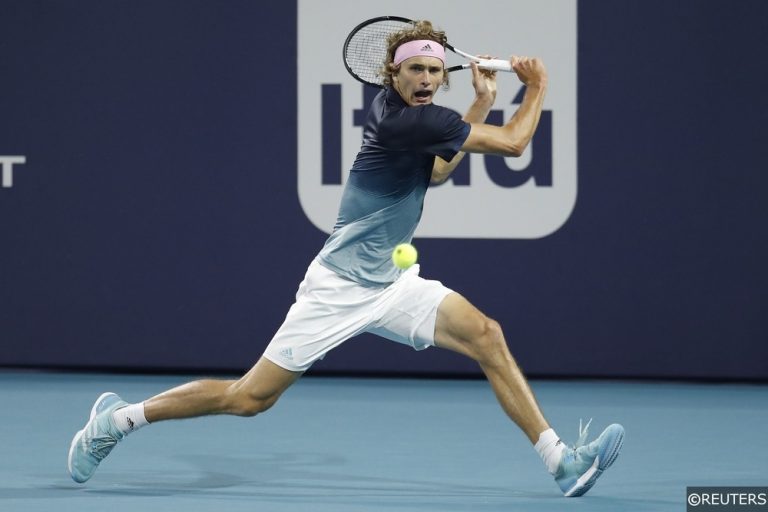 The Accumulator was a four-fold and it went as follows:

Inform Italian Matteo Berrettini was up first for us, and we needed him to get the better of his fellow countryman Andreas Seppi in three-sets. Matteo Berrettini is one of the most inform players on the ATP Tour right now, and so we were confident he’d pick up the win. We were also aware of the threat Seppi posed, as he defeated Berrettini here twelve months ago. As expected, it was a close match and Andreas Seppi ended up taking the opening set. However, our confidence in Berrettini was rewarded, as the Italian fought back to take the final two sets, and the match by a 2-1 score line. While Berrettini extended his extended his fine recent form to seven successive wins, our Acca was now off and running!

Spaniard Roberto Bautista-Agut was up next for us, and we were banking on him getting the better of Frenchman Richard Gasquet. The Spaniard led their head-to-head record 2-1 prior to the match, while he’s also been playing the better tennis this season, opposed to Gasquet who’s only recently returned from a long-term injury. It turned out to be the most comfortable leg of the Acca, as Bautista-Agut raced to a comfortable 2-0 win in a little over an hour.

Alexander Zverev took on American Steve Johnson in the next leg, and we needed the German to get the better of Johnson. Zverev had rediscovered some good tennis in recent weeks, after making a slow start to the season, and so we were confident he’d be too good for Johnson on this occasion. The former world number three didn’t disappoint, as he picked up a fairly comfortable victory in straight-sets to move into the Halle Open quarter-finals, while our Acca was now on the brink of landing!

Last up for us was twenty-time grand slam champion Roger Federer. The Swiss ace was taking on Jo-Wilfried Tsonga in the second round in Halle, and we needed Federer to pick up the victory. We were confident here, as Federer holds a fantastic record at the Halle Open. The thirty-seven-year-old is a former nine-time champion of this event, while he also held an unbeaten 16-0 record in second round matches at the tournament. Federer also held a winning 11-6 record against Tsonga prior to this meeting, and so he’s had plenty of success against the Frenchman. It turned out to be a terrific match of tennis, which got off to the perfect start as Federer took the first set in the tie-break. However, Tsonga fought back to take the second set, and he gave us an almighty scare in the final set, as he had a break point on the Federer serve. Despite, this Federer battled to hold serve, before going onto clinch the set 7-5, and the match by a 2-1 score line.

While Federer is now into a 17th Halle Open quarter-final, it also meant out 11/1 accumulator had landed!

I cashed out Zeverev made me nervous- as soon I cashed out he smashed it 😂🤦‍♂️ pic.twitter.com/QsILzeH0ht