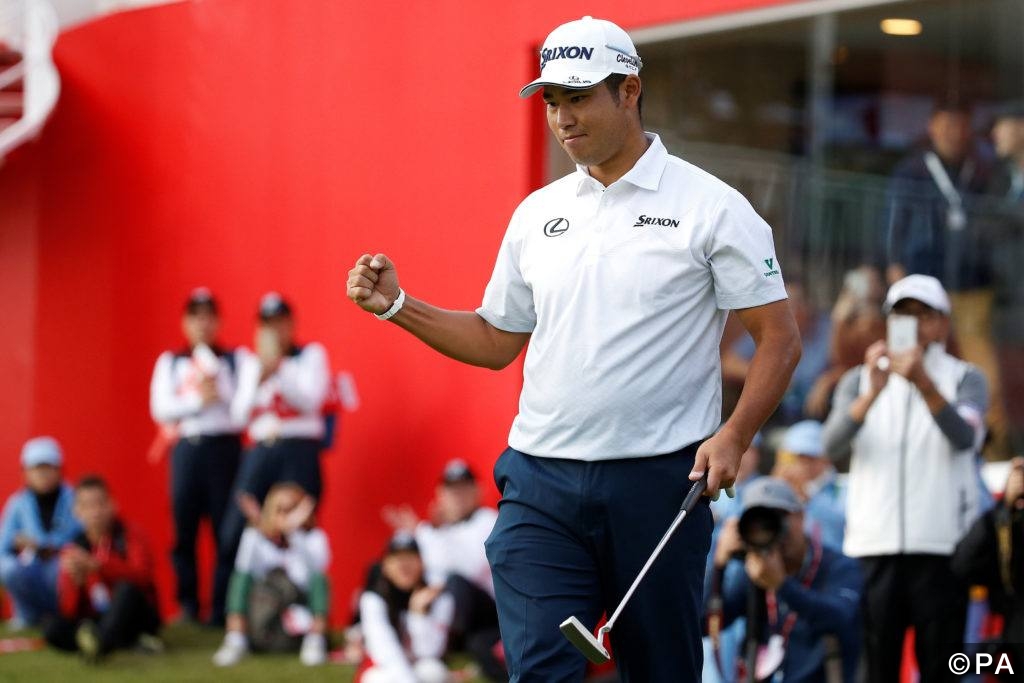 The fine form of our golf tipster continued at the weekend as Hideki Matsuyama, tipped at 11/1, went on to win the Phoenix Open at Scottsdale, Arizona. Last weekend, you may remember the roof coming off the house when we tipped up both winners Wang (35/1) and Rahm (55/1).

Hideki became just the sixth player ever to win the Phoenix Open back to back. Now without doubt the best player on the planet at the moment, his hot run of form continued on Sunday where he shot a final round of five under to tie the clubhouse lead with Webb Simpson on -17.

It took four play-off holes to find our winner. Webb was punished for a very good drive on the drivable Par 4 17th. He was on the green but could not get anywhere near the tight back pin so he had to putt out sideways and hope to sink a 22 footer for birdie.

Hideki played the hole perfectly, taking three wood off the tee to leave himself just short of the green with a 50 yard chip back to the pin. His chip was sublime and he left himself an 8 footer for the title and he sank his putt! BOOM!

He knew it was in all the way. pic.twitter.com/HHaGHG1Q8c

One disappointing thing about the day was the hostility toward Hideki from the American fans. On the Saturday, a heckler tried to put him off but she was thrown out. On the back 9 on Sunday, numerous hecklers tried to sway his momentum but he showed nerve of steel and didn’t let it affect his game so top marks to the Japanese star. That is his 5th win from his last 9 worldwide starts and it could be the year Japan lands a major.

Our golf betting tips are posted every Monday night so make sure you follow this weeks tips to cash in on our excellent run of form!

Let’s take a look at a couple of the winning slips. Last week, our followers’ won thousands and thousands of pounds from the Wang/Rahm singles and doubles. Matsuyama keeps our winning streak going.