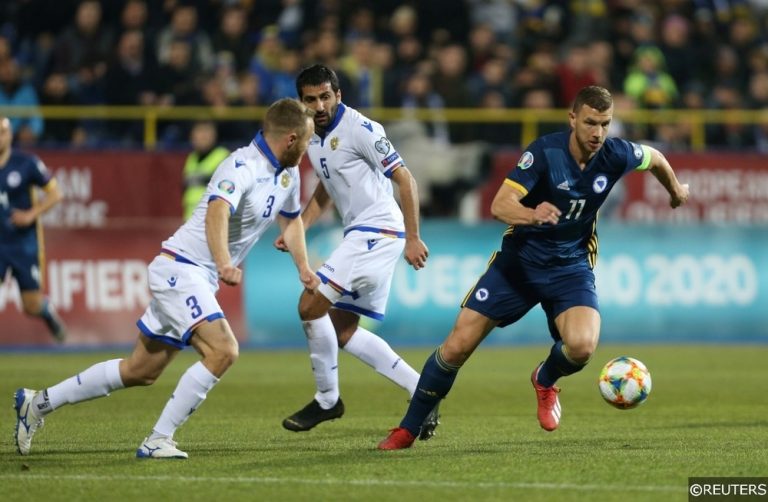 Qualifying for the World Cup 2022 in Qatar continues this week and we’ve lined up a both teams to score & win double for Wednesday night’s fixtures.

Finding value in international fixtures can be tricky with so many heavy favourites, but there are some big prices available in the both teams to score & win market and we’ve picked out a home teams double where we expect goals at both ends.

We’ve used our dedicated Match Predictions section to build this double and in both cases both teams to score is the main bet, but as the two home sides are the heavy favourites it makes sense to push the boat on this double for a bigger price.

World champions France should be too strong for visitors Bosnia on Wednesday, but the visitors have the quality to at least get a goal in Paris.

Admittedly, Bosnia have struggled for goals recently with only two scored in their last six internationals and four successive blanks coming into this Paris clash.

However, they have scored in seven of their last eight away non-friendly internationals and possess a striker in form in Edin Dzeko.

The Inter Milan new boy has only played in one of Bosnia’s last four games and when he is involved his national side have a far better record going forward, having scored in 11 of the last 16 non-friendly internationals he has started.

Turkey are odds-on to beat Montenegro and we may well see goals at both ends in Istanbul on Wednesday.