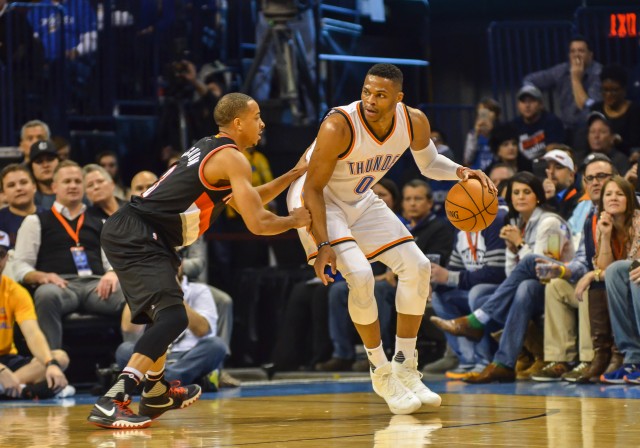 With just nine days until Christmas our NBA accumulator couldn’t have landed at a better time. Returning £125 from a £10 stake which was topped up to £145 thanks to bet365’s winning accumulator bonus. This was our second accumulator win of the month after landed over £200 profit earlier this month.

Wednesday’s accumulator was a 6 fold of point spreads which sailed home without any real concerns. It started out with the Indiana Pacers beating the Dallas Mavericks 107-81, a dominant second half display from Monta Ellis and Paul George saw the Pacers outscore the Mavericks 62-34 in the second half and we landed our -3 comfortably. The Miami Heat‘s 104-98 win over the Brooklyn Nets was the closest game we had but Dwayne Wade guided the heat to their third straight victory. Our third leg was pretty much done and dusted by half time as the New York Knicks led 60-40 at half time, they took their foot off the gas and shot poorly in the third quarter to only end up winning 107-102. The Atlanta Hawks blew out the 76ers 127-107 which was expected, the 76ers have just one win in their last 37 games. Another easy victory by the Oklahoma City Thunder landed leg 5 of our accumulator. We took a -1.5 point spread and they blew the Portland Trail Blazers out 106-90. Our final leg got off to a nervous start with the San Antonio Spurs losing the first quarter 31-26 against the Wizards but after half time they got it together and picked up their 23rd straight home win with a 114-95 victory and BOOOOOOOOOOOOM! we landed our accumulator!

It’s certainly a great feeling waking up to profit whilst you sleep, like Christmas morning! We post our daily accumulators over in our NBA betting tips section so don’t miss out. They even play 5 games on Christmas day!

If landing the accumulator wasn’t enough we also went on and landed our daily double.  A £50 double on the San Antonio Spurs -9 and Miami Heat +2.5 returned £100 which added another £50 profit to our bankrolls.

The bet365 parlay bonus allows earn up to 50% more on your American and Canadian sports pre-game parlays (accumulators) , including regular and post-season Football, Basketball, Ice Hockey and Baseball games. The offer applies to winnings on pre-game parlays (accumulators) of 2 or more selections for NFL/NCAAF/CFL/NBA/NCAAB/MLB/NHL on the following 2-Way markets: Spread Line, Game Totals, 1st Half Point Spread, 2nd Half Point Spread, 1st Half Totals, 2nd Half Totals and Money Lines. New bet365 customers can claim a £200 deposit bonus when they sign up today!

As you can see from our 6 fold above it’s a very good offer adding an extra £20 returns!
If your bet wins, the following bonuses are added to your winnings:

Tips are posted on a daily basis by 6pm UK time at the very latest, click to view today’s NBA tips!

Here’s a handful of winners who followed our winning tips! Don’t forget to follow us on Twitter and send in your winning bet slips!

@FootySuperTips Making money as I sleep, love it #Boooom pic.twitter.com/lHPaNTiJ5V

@FootySuperTips thought I’d join the party, albeit a little bit late as I had a lie in BOOOOOOOM pic.twitter.com/a5PZKRRMQk — Kevin Knowles (@jvalanceati154) December 17, 2015

@FootySuperTips not a massive win but we like profit!!!!! Followed your pre game tips! pic.twitter.com/qp6nZJqWhH — Dave Whitaker (@dwhitaker55) December 17, 2015

@FootySuperTips f#@k a duck.. . Your nba guy = legend.. the double and the over/under tips both landed last night pic.twitter.com/8jB7yYM4D3

@FootySuperTips last bit of money in my account on the t and t game allowed me to jump on the basketball pic.twitter.com/o6OnGT7QeB — Kieran Webster (@KieranWeb) December 17, 2015

And that’s not even half of the bet slips that were sent in!