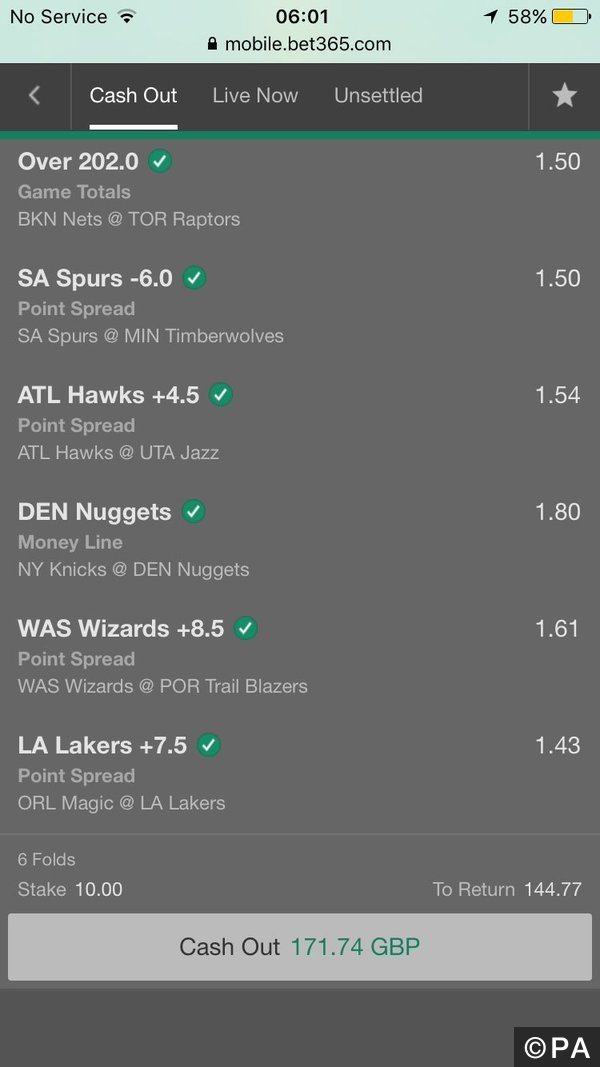 After being a couple of points off several times already this month, our NBA tipsters have pulled out another acca win in the shape of a 13/1 winner on Tuesday night!

The accumulator ran pretty close with the Raptors-Nets game seeing 203 total points when our bet had over 202! The Spurs, Hawks, Nuggets & Lakers may have made it easy in 4 other legs but the Wizards, who we had on a +8.5 point spread, took their game to overtime with the Blazers. They eventually lost by 7 which just covered our spread! 6 out of 6 picks in the bag and we had banked another decent profit from our free NBA picks.

Check out just a few of the winning bet slips we were sent in from our followers on Twitter and Facebook:

@FootySuperTips WoW that’s all I can say my friend pic.twitter.com/soHKxohhm6

As you can see, many of our followers earned a parlay bonus on their winning bets and you can get one too when you join bet365 and follow our free NBA picks! Simply register your bet365 account today – new customers can get their first deposit matched up to £200! Then make sure you bookmark our free NBA picks page which is updated daily by 6pm and includes acca’s, doubles & game previews!