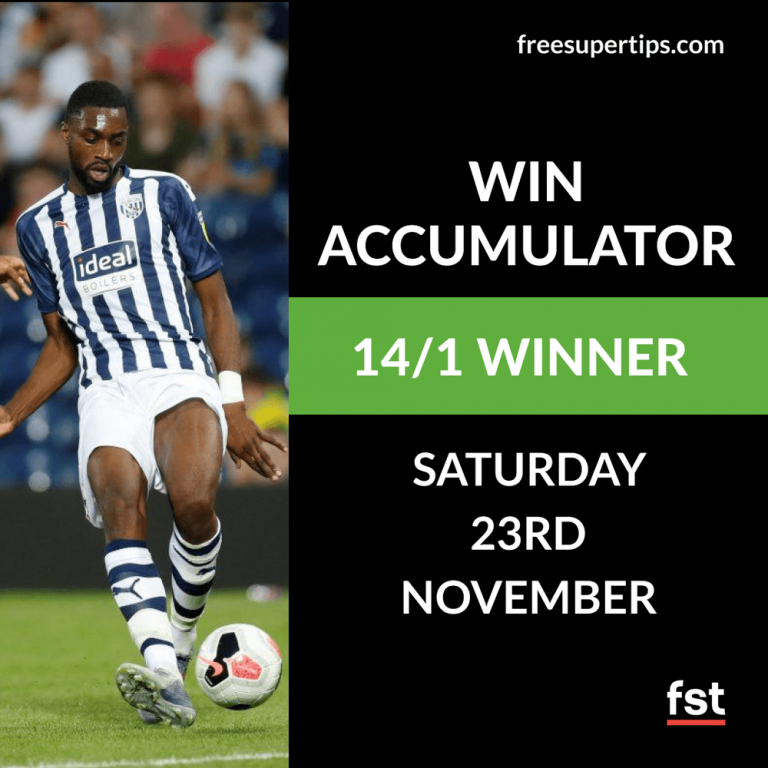 FST are absolutely on fire right now! Over the last 9 days we have landed:

Now we can add to that list a 14/1 Win Accumulator! Our football analysts have smashed it once again!

Our 14/1 Win Accumulator consisted of 5 matches from the English lower leagues. We required wins from Brentford, West Brom, Fleetwood, Northampton and Crewe in their 3pm matches. West Brom got us off to a flying start, as Hal Robson-Kanu netted on 10 minutes. Fleetwood weren’t far behind them as Josh Morris gave the Trawlermen the lead on 15 minutes against Tranmere. Just 7 minutes later we had a third team go ahead, as Finney gave Crewe the lead against Morecambe. Lowery made it 2-0 to Crewe on the half hour mark, before Kirk found the net to let Crewe breathe easily as the hosts went into half time 3-0 up. Northampton were the fourth side to go ahead in our accumulator, as Wharton gave the Cobblers the lead after 25 minutes. The home side doubled their lead 16 minutes later as Oliver struck home. At half time we had 4 sides in the lead, with just Brentford v Reading remaining goalless.

The second half didn’t get off to the best of starts, as Sheffield Wednesday found an equaliser against West Brom through Steven Fletcher. It took until the 88th minute for another goal at The Hawthorns, but finally West Brom got a penalty, which Charlie Austin dispatched to give West Brom the 2-1 win. Crewe continued their rout against Morecambe as Wintle made it 4-0 on 58 minutes. Finney completed their 5-star performance in added time, as the game ended 5-0 to Crewe, landing the second leg. Northampton were 2-0 up at half time, and there were no second half goals, so the third leg landed easily.

With 30 minutes to go, we needed a goal from Brentford against Reading, while we needed Fleetwood to hold on to their 1 goal lead against Tranmere to land the accumulator. In the 62nd minute, we got our first request as Ollie Watkins gave Brentford the lead. There were no further goals in the game, so all that remained was for Fleetwood to hold on. In the 82nd minute there was a second goal at Highbury, and thankfully for us Fleetwood scored it through Madden. Tranmere pulled one back in the 87th minute through Mullin, but they couldn’t find a second so the game ended 2-1 to Fleetwood, landing the 14/1 accumulator!

Do remember to bookmark our Free Football Tips page for even more winning accumulators!

was on this and your win saturday pic.twitter.com/KrwLbHoxYn