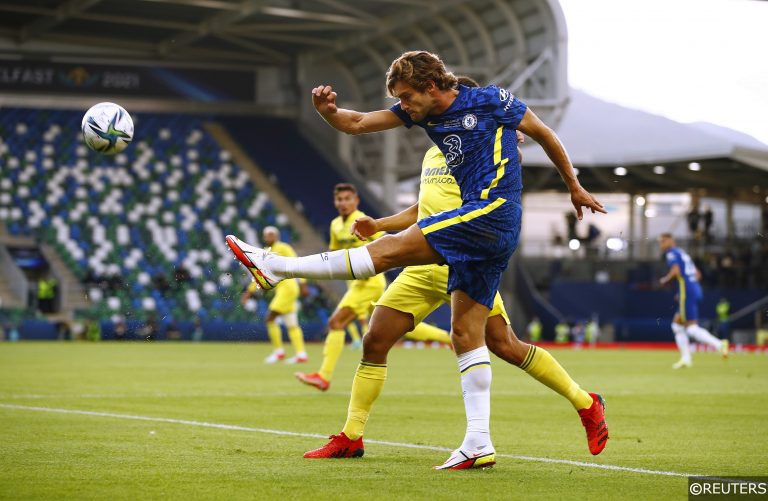 Last week started with a massive win as a 94/1 correct score double came in and ended in style too as our 15/2 Premier League treble landed.

There was further success for the night owls as our overnight double also hit the mark and for the MLB enthusiasts our best bet won for the sixth time in the last eight days!

Don’t forget to check out today’s football tips and our match predictions section, but first let’s have a rundown of how our winners unfolded.

Brighton continued their excellent start to the new season with a 2-1 win over Leicester City in the first leg of our three-fold.

There was more than a hint of controversy about Albion’s opener as the hosts were awarded a penalty following a Jannik Vestergaard handball.  The Foxes defender felt a foul from Neal Maupay led him to handle Shane Duffy’s header, but after a lengthy period of deliberations the spot-kick was awarded and Maupay stepped up to open the scoring on 35 minutes.

Brighton’s second was more straightforward as Danny Welbeck doubled their lead with a glancing header at the near-post from Leandro Trossard’s free-kick after five second half minutes.

However, falling 2-0 behind sparked Leicester into life and Jamie Vardy pulled a goal back for the away side on the hour mark.  There were some incredibly nervy moments still to come as both Ademola Lookman and Wilfred Ndidi had goals from corners chalked off for offside calls, with Harvey Barnes judged to have interfered with play after straying offside on both occasions.

Next up we needed goals for both teams at West Ham and this leg was done and dusted with nearly two thirds of the match to play.  The opener was scored on 30 minutes as Said Benrahma’s strike from outside the area went in after taking a massive deflection off defender Raphael Varane to give West Ham a 1-0 advantage but the visitors were level five minutes later as Cristiano Ronaldo poked home for his fourth Manchester United goal in three games since re-joining the club.

That was job done in terms of our bet, leaving us free to sit back and enjoy the rest of the action as Jesse Lingard’s stunner secured all three points for the visitors against his former loan club, with Mark Noble missing an injury time penalty for the home side.

The final game of the day saw Chelsea head to Tottenham and we needed a three-point haul for the visitors.  The Blues failed to register a shot on target in the first half but they improved dramatically after the break and Thiago Silva gave Chelsea a lead soon after the restart as he headed home Marcos Alonso’s corner.

There was a hint of fortune about Chelsea’s second as N’Golo Kante’s long-range free-kick took a wicked deflection off Eric Dier and Antonio Rudiger completed a 3-0 win for Chelsea with an injury time effort.

Two MLS fixtures made up our overnight double tip and first up we needed over 2.5 goals in Portland Timbers’ home game against LA FC.  With 20 minutes on the clock Portland’s Dairon Asprilla broke the deadlock and we were well on our way just seven minutes later as LA’s Cristian Arango levelled matters from the penalty spot.

The first leg of our bet landed on 68 minutes at Providence Park when George Fochive gave Portland the lead with what proved to be the winner soon after his introduction as a second half substitute.

Colorado’s Danny Wilson, formerly of Rangers, gave the Rapid the lead in the first half but Vancouver’s Brian White levelled matters before the break and there were no further goals at Dick’s Sporting Goods Park as the Whitecaps held on to ensure our double landed.

A strong fourth innings saw the Padres open up a lead but St Louis fought back in the eighth to record a 3-2 win and land our MLB Best Bet.  We’ve now managed six MLB Best Bet wins in the last eight days and will have more for you to check out in our MLB Tips tonight.