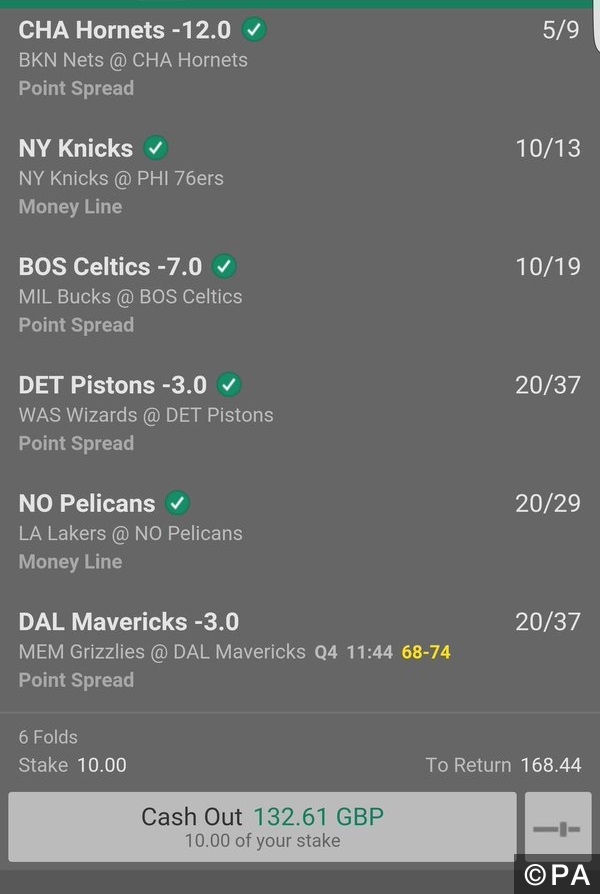 Our NBA tipsters have been on fire lately as they landed their THIRD winning NBA accumulator of the month! This time Friday night’s NBA acca won at a huge 20/1 following our 11/1 winner & 16/1 winner in just 8 days of April!!

Our free NBA tips have now brought in over £400 profit so far this month and we post free tips daily from 6pm so make sure you bookmark our NBA picks page where you will find accumulators, doubles and game previews which is perfect with the NBA playoffs just around the corner.

There were many overnight booms from our US Sports tips on Friday night meaning we were overwhelmed with the amount of winning bet slips sent in to us on our Twitter page. Check out just a few of them below:

@FootySuperTips This is why I stayed up till 4am! pic.twitter.com/RVDjtyM2KT

@FootySuperTips okay so backed the NBA acca. Went to do the MBL and it added them to the slip so thought double acca pic.twitter.com/9KVSarXFd6

Join in the booms by following our free NBA picks – we post NBA accumulators, doubles and game previews from 6pm every day. Our tipsters have been on top form as of late and with only a few games of the regular season left, you’d be mad to miss out!