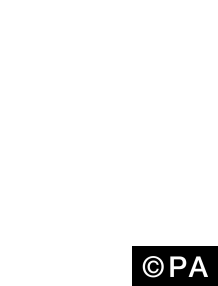 What an evening we had on Saturday. After 5 accumulator wins in 12 days in July, we have our first official acca winner of the new season… On day one! After 3 Doubles winners, 3 profitable days on our Bankroll Builder tips, the £10-1000 Challenge getting underway successfully and now the Evening Acca landing in the first week of August, it has been a nice start to the month.

Up first, was Utrecht v PSV in Holland. We had this leg of the Acca as PSV to win. It was not looking good at half time of this game. PSV were 1-0 down. However, 5 minutes into the second half, PSV equalised and were looking strong. 10 minutes from the final whistle, Gaston Pereiro scored the winner and sealed leg one of our Evening Acca.

Leg 2 of the acca was Both Teams to Score in the French Super Cup between PSG & Lyon. For 87mins, PSG dominated. They had gone 3-0 up by half time. They scored a 4th goal in the 54th minute and coasted until the dying moments of the game. Concentration slipped, Lyon were through on goal and Corentin Tolisso found the net. 4-1 in the 87th minute keeping the 17/1 acca alive.

Leg 3 took us into the night, with Real Salt Lake hosting Chicago Fire. We had predicted Real Salt Lake would win this one. By half time this leg was looking close to being sealed. Real Salt Lake had taken a 2-0 lead into the break and looking very good value for their lead. Just before the hour mark, Chicago Fire pulled one back. Their lead not lasting very long at all, as Javier Morales scored in the 64th minute for RSL to give them the 2 goal cushion they had gained in the first half. The game finished at that scoreline 25 minutes later for leg 3 to win.

Montreal Impact to win was the next bet in line. They were at home to Houston Dynamo. It was a very boring first half with the half ending 0-0. Things did not really light up in the second half either. With 15 minutes to go, just 2 yellow cards were the most exciting activities we had seen in this game up to that point. However, in the 76th minute, 31 year old Italian striker Matteo Mancosu was fed the ball and placed the ball into the back of the net. Goal! 1-0 to the Impact and leg 4 was landing if Montreal could hold on. Just 2 subs and 1 more yellow card were to be seen in this fixture and Montreal had done it. Sealing leg 4 as we watch our cash out offer rise.

Our 5th and final leg of the acca was a Toronto FC win against a travelling New England Revolution team. Toronto FC wasted very little time creating chances in this match. They eventually went 1-0 up through Sebastian Giovcinco on 20 minutes. Just 9 minutes later, Giovinco got a brace of goals and put Toronto 2-0 up inside half an hour. At this stage, Toronto were cruising and really were not allowing NE Revolution a sniff in this game. The game became controlled by Toronto throughout the second half and on 76 minutes, Giovinco struck again. The hat trick hero had sunk New England single handedly and our £170+ profit looked safe. A slight blip going into the dying moments gave New England a rare away goal. 3-1 with only minutes to play. Former Sunderland player Jozy Altidore then sealed the win deep into injury time with a 4th goal for Toronto FC. 17/1 evening accumulator wins!